Hindus do not have violent mindset, but govt should act now: Pejawar Swamiji

Bagalkot, Oct 23 (IANS): Pejawar Seer Vishwaprasanna Theertha Swamiji on Saturday stated that Hindus do not have a mob and violent mentality unlike people of other religions. The government should act before the situation gets out of hand, he added.

The seer made the statement in the backdrop of violence against Hindus in Bangladesh and Kashmir in recent times. He said that incidents of violence will take place in the world even if a single word is uttered against certain religions but Hindus do not have that violent mindset. It is not correct to subject Hindus to further harassment thinking that they do nothing and keep quiet, he noted. 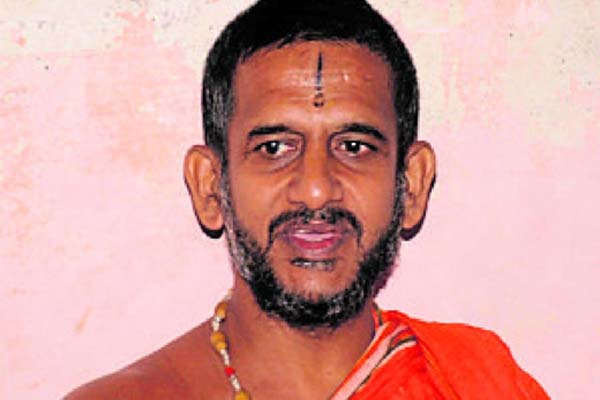 If the government doesn't want its people to take the law into their hands, they should control the situation. The government should ensure the safety of all in society and not just people of one religion. People of all religions should live in peace, he said.

The government is there to ensure this. In case the government does not act in this regard there will be communal clashes and violence. Once it breaks out, then it won't be possible to stop it, he warned.

Communal issues are discussed at the time of elections and gradually they fade out. Politicians issue statements to get votes from particular castes. But these statements will affect the harmony in the society. This should not happen, he stated.

He expressed his happiness that granite stones from Doddaballapur region in Karnataka will be laid at the foundation of Sri Ram Mandir at Ayodhya on which the temple will be built. "It is a matter of pride and honour for the people of Karnataka," he said.

Title: Hindus do not have violent mindset, but govt should act now: Pejawar Swamiji