Primary schools open their doors for students after long gap in Mangaluru, Udupi

Mangaluru, Oct 25: After an unduly long period of forced hibernation, students of standards 1 to 5 have returned to their schools on Monday October 25. As the covid19 positivity rate in the district is quite low, the classes are being opened to an enthusiastic response. 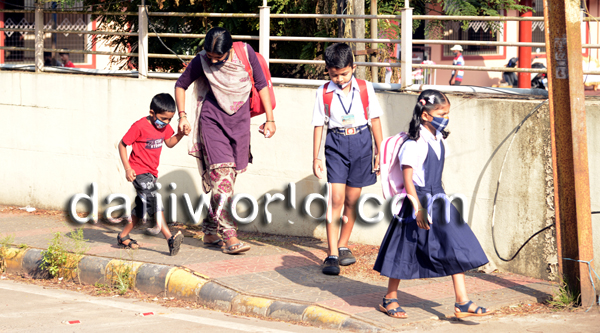 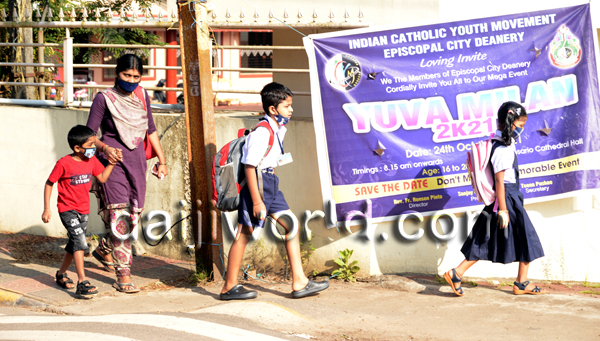 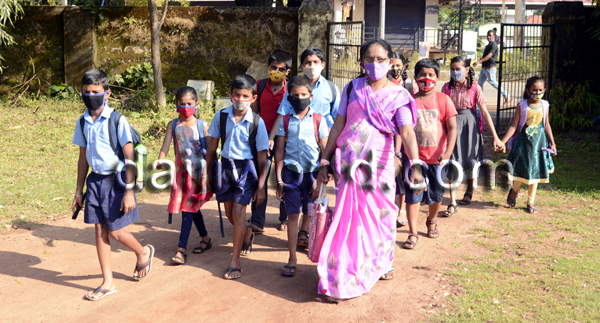 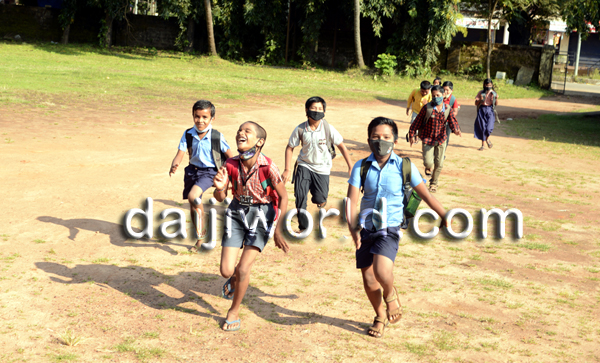 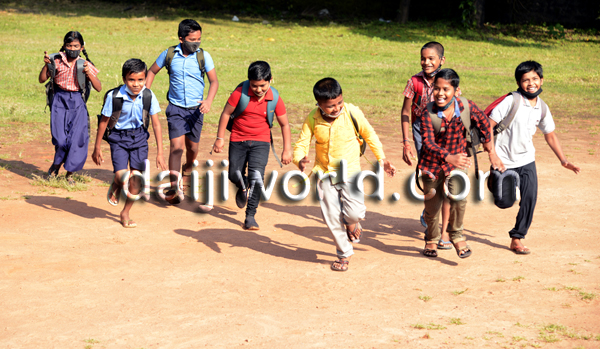 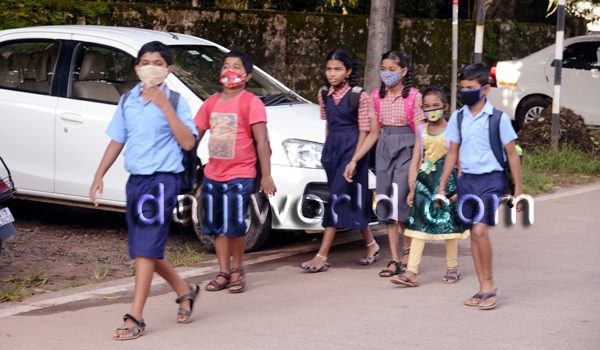 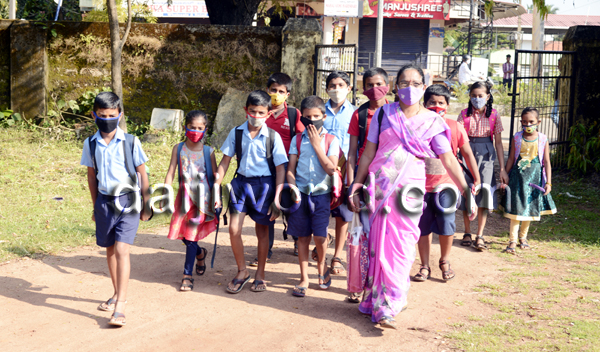 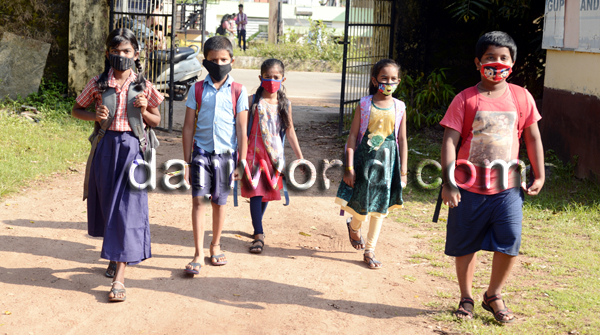 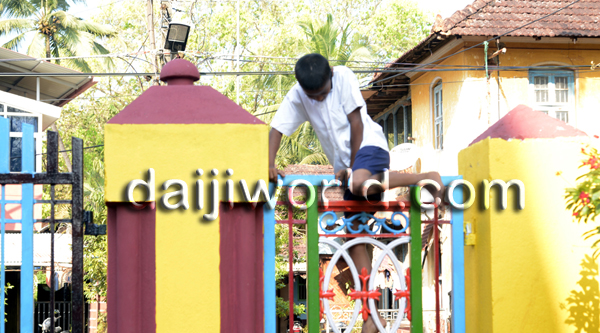 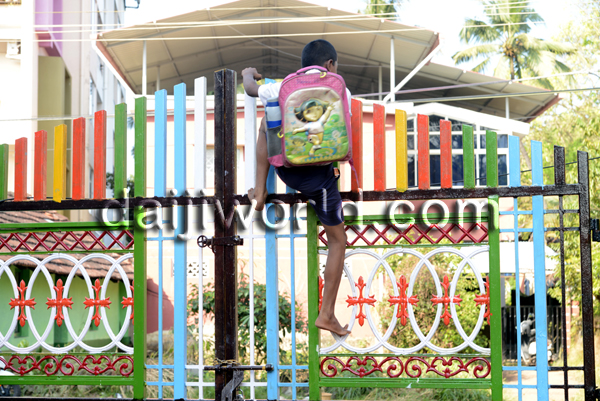 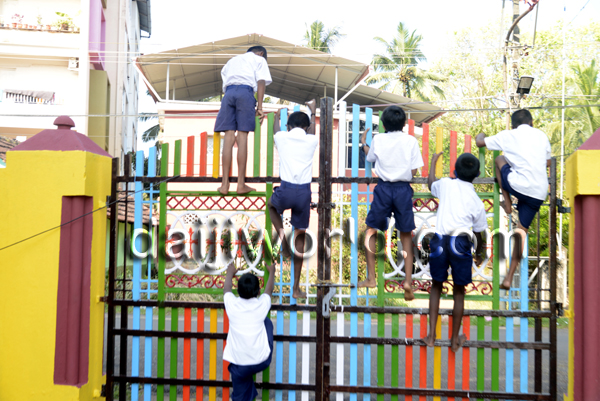 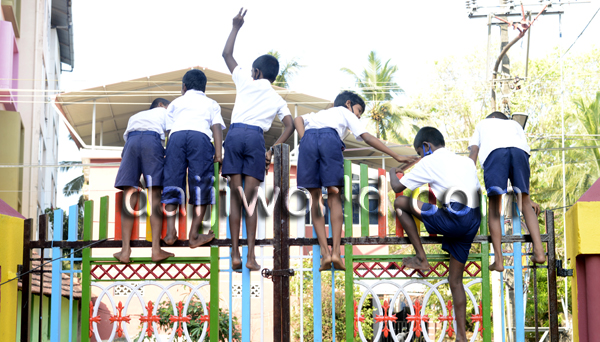 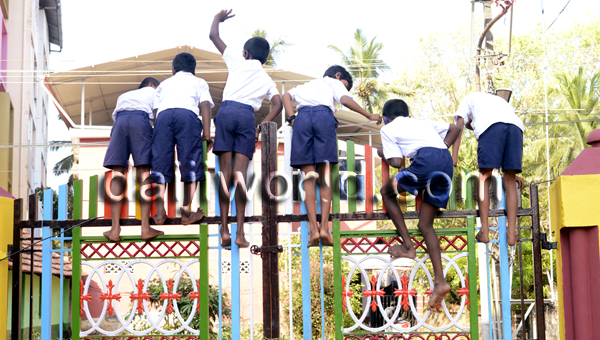 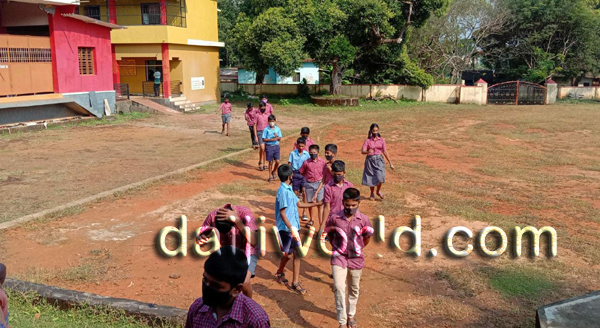 The students will be put through thermal screening and made to sit in classes by maintaining a distance of one metre between them. School will be disinfected by spraying sodium hypochlorite solution every day and such other Covid complaint measures are to be undertaken additionally by the school staff. Consent letters from the parents are a must. Therefore, students cannot be forced to attend classes. If the parents insist on online education, the same has to be met.

In Dakshina Kannada, 1,57,562 students studying in standards 1 to 5 will be attending school. For hem, classes will be held on alternative days for three days a week. From November 2, classes will be held regularly. Deputy director of public instruction of the district, Malleswamy, said that all the preparations have been made and the parents are expected to send their children to schools. He however said that those who want to get online education will get it.

In preparation for the schools reopening, meetings of parents with the participation of district level officials including block education officers were held and opinions of the parents were gathered. The parents have expressed willingness to send their children to schools. Deputy director of public instruction of Udupi district, H S Nagur, said that classes will be opened in all government and private schools in the district and online classes also are being offered.

For the last two and half years, the students are wearing their old uniforms as new ones have not been provided by the government. A few parents have bought clothes on their own and got the uniforms stitched. In the case of English medium schools, books on certain subjects have not yet been supplied, it is learnt.