Mangaluru, Oct 27: The flight schedule of the night flight to Kuwait from here has been changed to daytime. As a result, passengers from coastal Karnataka and Malnad region are facing hardships for the last 18 months. The flight charges have been hiked. The flight has not resumed operations even after the second wave ended. Therefore people from the coast and Malnad are now opting to travel through Kannur airport.

In the past, the flight to Kuwait used to leave at 8.45 pm and reach Kuwait at 11.15 pm. From Kuwait, the flight departed at 12.15 am and reached the city at 7.30 am. This timing was very convenient for the passengers who used to leave or arrive here on Thursdays and Fridays. 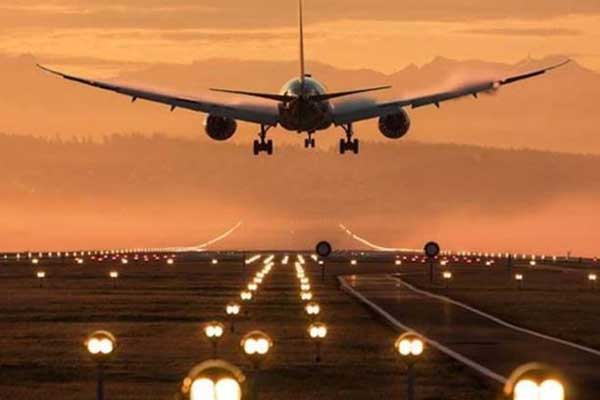 In the past, the passengers who left Kuwait late night on Thursdays used to reach here on Friday morning. The weekly offs in Kuwait are on Friday and Saturday. These two days could be put to use beneficially. People coming on a week's holiday could make the best use of this timing. When going to Kuwait too they used to get rest for a day and start work on Sunday.

After the first lockdown, the Air India flight schedule to Kuwait was suddenly changed when the flights resumed. So far no plausible reason could be attributed to this change. This time, the schedule was changed from night to day. Now the flight leaves Mangaluru at 7 am and reaches Kuwait via Bahrain at 11.05 am. From there, it leaves at 12.15 pm and reaches here at 7.15 pm. This time table of Wednesdays and Saturdays is not convenient for the people of coastal Karnataka and Malnad employed in Kuwait. Now people have to leave during the mid-week. They have to arrive at the airport three hours in advance to catch the 7 am flight. From Kuwait, they have to leave during the day. The timing is not at all suitable for NRI Kannadigas from Kuwait who have weekly offs during the week ends. Therefore the travellers have been demanding to stick to the earlier schedule. Various organisations including Kuwait Tulukoota, Kuwait Kerala, Muslim Association Karnataka, GSB Sabha and Tulukoota have submitted petitions through MP Nalin Kumar Kateel, but so far the time table has not undergone any change.

After Covid19 second wave, flights to other nations have resumed but not to Kuwait and Dammam. The passengers hope that if the flights begin in November, the schedule will be changed to a convenient time but the Air India Officials are not ready to commit anything.

The flight charges between Mangaluru to Kuwait is ten to fifteen thousand more than normal. It keeps changing. Airfare from Kannur to Kuwait is quite cheaper as compared to Mangaluru, regular travellers say. Air India officials say that this is so because of higher air traffic to other countries from Kannur. Many passengers are opting to travel from Kannur, which adversely affects the financial interests of Mangaluru.

MP Nalin Kumar Kateel said that the Kannadigas in Kuwait have demanded to revert to the previous flight schedule. He said he has forwarded them to the flight operators and the Airports Authority of India. He said he is confident that the change will be affected in the next time table.