Complaint against home minister Araga Jnanendra for his remarks on police

Araga Jnanedra allegedly had compared police to dogs who would do anything for money while scolding them over the phone in front of party workers. He asked them how he should be discharging his duties holding his head high if there is no action against cattle thefts. The video has gone viral and drew sharp criticism among the public. 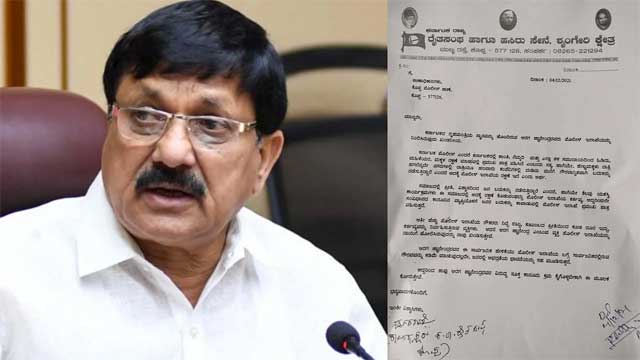 He further stated in the video that the police took bribes from people who indulge in cattle theft and smuggling. "You (police) take bribes from cattle smugglers and sleep. They are operating without any fear, police are sleeping like dogs after taking money," Minister is heard saying in the video.

Araga Jnanedra stated that the Karnataka Police earned a good name in the country, but some are not taking action against people who are indulging in cattle theft. He maintained that his focus was to ensure total ban on cow slaughtering.

He, however, clarified on Saturday that he spoke in the backdrop of an incident that happened in his home district where two 'Gau rakshaks' (cow vigilantes) of Bajarang Dal were attacked while following a truck which transported cows illegally. "The truck driver tried to run his vehicle over them and their condition is serious," he said, and added that he was deeply hurt after seeing their condition

Title: Complaint against home minister Araga Jnanendra for his remarks on police