Riyadh, Apr 13: Riyadh governor Prince Faisal bin Bandar received Dya Eddine Said Bamakhrama, ambassador of Djibouti to Saudi Arabia and dean of the diplomatic corps, along with other diplomats accredited to the Kingdom in his office at Qasr Al-Hukm, or Justice Palace on Tuesday, April 12.

They congratulated the prince on the occasion of the blessed month of Ramadan. The prince expressed his gratitude for their warm wishes, asking God Almighty to accept everyone’s fasting and good deeds during the holy month. 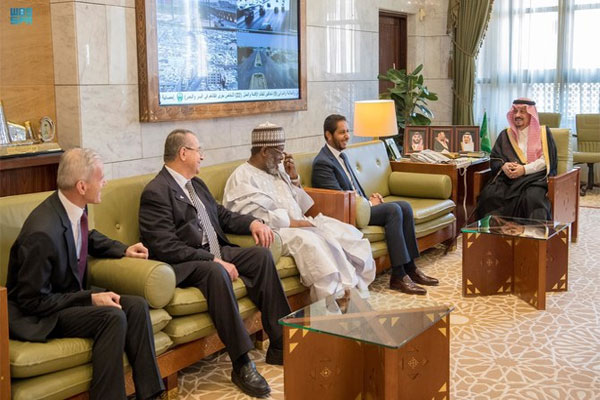