Baghdad, Apr 15 (IANS): An army officer and a soldier were killed and 10 others wounded during operations against the Islamic State (IS) militants in the northern Iraqi provinces of Kirkuk and Salahudin, a police source said.

In Kirkuk, a roadside bomb detonated near an army patrol in the rugged area of Wadi al-Shay, nearly 250-km north of the capital Baghdad, killing an officer and injuring three soldiers on Thursday, said Col. Mohammed al-Bazi from the Salahudin provincial police.

In Salahudin, a soldier was killed and seven others wounded in a bomb explosion during a search operation in a village near the town of Tuz-Khurmato, nearly 90-km east of the provincial capital Tikrit, al-Bazi added. 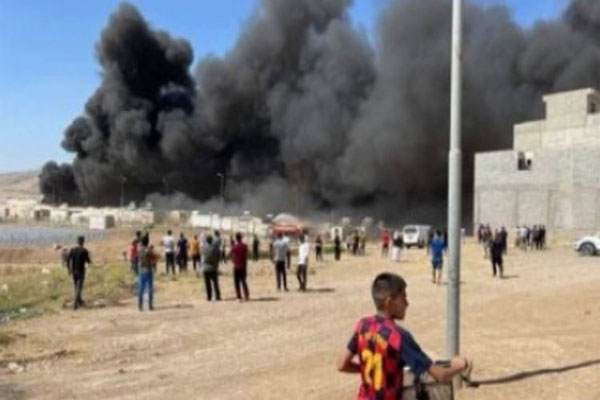 The major operation came as the IS militants intensified their offensive activities in the predominantly Sunni provinces during the past months, Xinhua news agency reported.

The security situation in Iraq has been improving since the Iraqi forces defeated the IS in 2017. However, the IS remnants have since spread into urban centres, deserts and rugged areas, carrying out frequent guerilla attacks against security forces and civilians.