Udupi, May 21: The National Green Tribunal (NGT) has issued an order on May 18 stating that the sand extracted in the CRZ area cannot be sold for commercial purposes.

The judicial member of NGT, south bench, based in Chennai said that Karnataka government’s permit process, collection of royalty and allowing the sale of sand from CRZ to the outside parties is equal to sand mining that is prohibited in the notification concerned.

The tribunal said that the sand removed from the CRZ area should not be sold and it can be used only in the low lying areas of the river bed, sand nourishment in beaches and strengthening of the river bunds. It also said that only permit holders or their family members have to use traditional methods to remove the sand. It should not be sublet and no external workers should be deployed for this work. 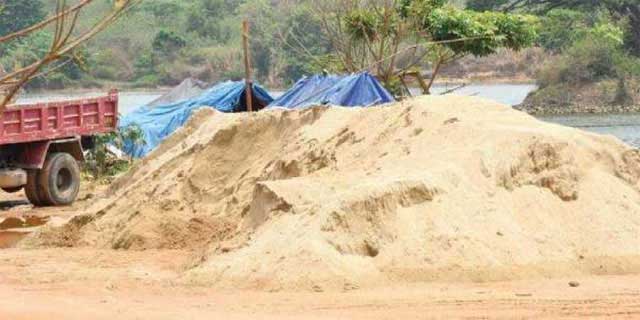 Petitioners Udaya Suvarana of Brahmavar and Dinesh Kunder of Kallianpur had accused in their complaint that permit is given to private parties by the district administration without following the order of the NGT to extract sand from CRZ area of rivers Sauparnika, Varahi, Papanashini, Swarna, Sita and Yadamavu rivulets. The petitioners also mentioned that the sand extraction has caused extensive damage to the environment. Lawyer Ranjan Shetty of Bengaluru had argued for the petitioners.

The state CRZ authority had identified 23 sand dunes under its limits. Out of this four were in Kundapur taluk, the permit period of which has expired. At present, sand is being extracted in 19 sand dunes at Udupi and Brahmavar.

DC Kurma Rao said, “We have to get the certified copy of the order of NGT. District administration will follow the order strictly. Clear instruction has been given to the officials of the mining department also in this regard.”