Panaji, May 22 (IANS): Goa is banking on a new airport at Mopa to soar tourism even higher and make it the backbone of the state's economy. With 8 million domestic and international tourists visiting Goa annually, the state government hopes that the number will increase, as efforts are made to attract them with new innovative concepts, helping the exchequer.

Apart from support to state exchequer, nearly 1,500 locals are engaged in various departments on this new airport and are undergoing training outside the state. 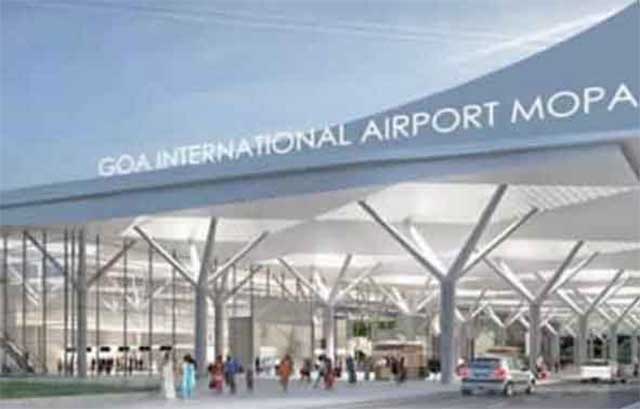 Goa's only existing airport in Dabolim witnesses airside congestion as it is also shared by the Indian Navy. As Mopa will solely handle the civilian traffic, the state will be in a better position to enhance connectivity for which Rs 2,615 crore has been spent on this project.

According to Khaunte, increased footfalls from the second airport at Mopa will offer a plethora of employment and tourism opportunities for Goa which needs to be tapped by the stakeholders.

Nearly 1,500 local youths are recruited at Mopa airport and have been sent for training. Sources informed that there may be more engagement in the near future.

In order to provide facilities to tourists visiting Goa, Sawant on Friday launched the state's first helicopter service, saying that this could help connect it with neighbouring cities for medical emergencies as well as expand the bouquet of tourism offerings.

"Goa is beautiful when you look at it from an aerial view. I am happy that this service will help tourism," the Chief Minister said after the launch.

He added that even people of Kolhapur, Shirdi (both in Maharashtra), and Belgaum (Karnataka) can avail the benefit by taking permission from the airports and reaching Goa avoiding the road route.

"Around eight million tourists visit Goa. But they don't prefer to visit hinterlands and other sites due to long distance. But now they can opt for this service and explore the tourism places," he said.

Sawant added that to promote eco-tourism, hinterland tourism and explore wildlife sanctuaries of the state, the helicopter service will play a major role.

The Goa Tourism Minister further said that he was committed to provide 'clean and safe' tourism to tourists visiting here and to monitor the activities has decided to launch a mobile app.

"I am focusing on providing clean and safe tourism, which is possible with involvement of stakeholders," Khaunte added.

He has warned of a crackdown on illegal body massage operations and harassment of tourists by touts, while calling for an integrated surveillance system on the state's popular beaches to rein in such menace.

"If we want to portray Goa as a destination of sand, sun and sea and allow people to enjoy a memorable time, then we will have to tackle all the illegal activities taking place on beaches," he said.

Khaunte added that a Tourism Convenience Centre will be in place to facilitate tourists.

"This will help them to enjoy the time on beaches without any stress," he said.

Experts in the tourism industry are of the opinion that the Mopa airport will help draw more tourists and thus the new development will play a role as a catalyst for the coastal state's economy to grow.