Bantwal: Sullamale is an example that BJP speaks about religion for politics – Ramanath Rai

Bantwal, May 25: “Sullamale is an example that BJP is speaking only about religion for politics. No explosives should be used at Jalasannidhi and Nagasanidhya. There is no need of Astamagala to preserve Sanidhya,” said former minister Ramanath Rai.

“The spot at Tumedakodi is about to be blocked due to mining. Lorries are carrying more weight than the limit set on Zilla panchayat road. The railway bridge at Kodaje is facing danger. The government should completely stop mining here so that it may not be an issue for the public,” he urged. 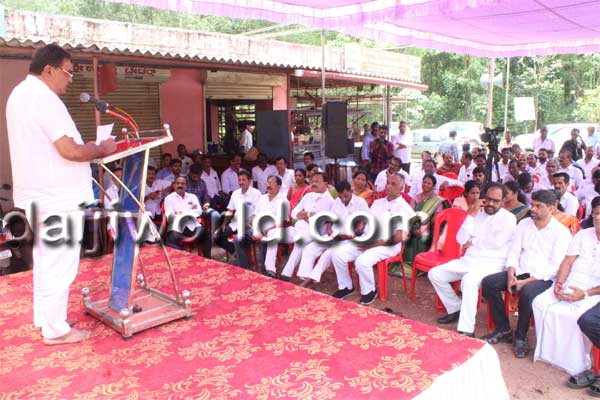 Title: Bantwal: Sullamale is an example that BJP speaks about religion for politics – Ramanath Rai