Bantwal, Jul 2: A man who was highly inebriated, entered the house of an entrepreneur and tried to assault his wife with a knife. This incident is reported from Chandalike in Vittal near here.

The accused is identified as Ganesh Shetty, an auto rickshaw driver. He was screaming in front of the house of Chandalike resident Naveen Shetty on the night of Thursday after consuming copious amounts of liquor. 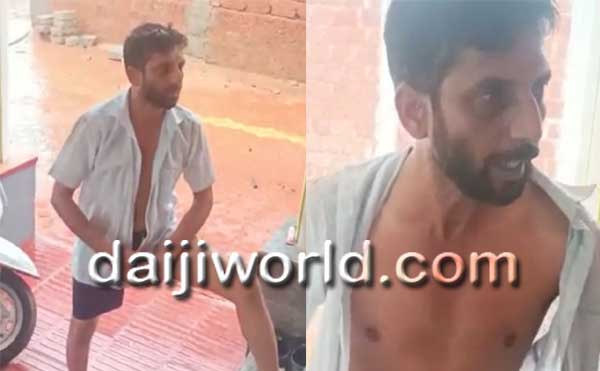 Again on Friday July 1 evening at around 5 pm, Ganesh Shetty entered the house of Naveen Shetty when Naveen’s wife and children were present in the house and tried to stab the woman with knife. Naveen’s wife quickly ran into the room of the house with children, locked it and called her husband, who in turn informed the matter to neighbours.

As inebriated Ganesh Shetty saw neighbours approaching him, he tried to scream loudly threatening to kill Naveen. Public took hold of him and beat him black and blue and handed him over to the police.

Vittal police registered a case and are investigating further.