Bengaluru, Jul 4: Karnataka has bagged the “Best Performer” award in the DPIIT’s (Department for Promotion of Industry and Internal Trade) State/Union Territory Start-up ranking for the year 2021.

Stating this on Monday, Dr CN Ashwath Narayan, Minister for IT/BT and S & T, said the State has been presented the coveted award for developing a strong start-up ecosystem. 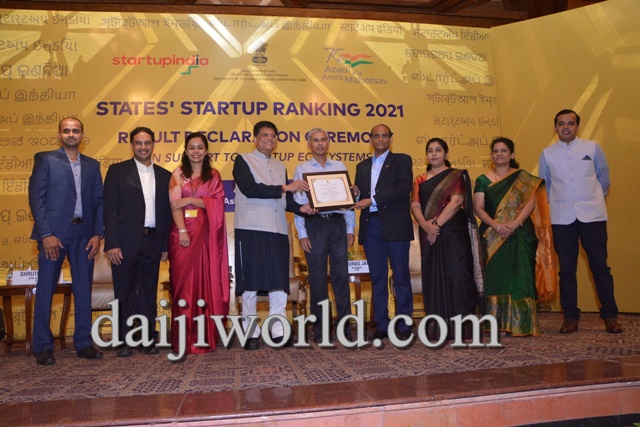 The DPIIT has considered the State as an institutional champion, an innovative leader, a procurement forerunner, a capacity-building pioneer and a funding leader, he said.

The DPIIT has Stated that Karnataka has taken several praise-worthy initiatives such as launching engineering research and development policy to attract sector-focused incentives, creating regulatory sandboxes for startups to avail exemption from State and municipal laws, and developing modernistic policies to support innovation in disruptive sectors.

On behalf of the government, senior officials of the Department of Electronics, IT/BT, and S & T received the award at an event held in New Delhi.
Expressing his happiness at the State securing the award, Dr Narayan said the government will make all efforts to make further Karnataka as the most favoured destination for start-ups.