Bantwal, Jul 5: In a very quick action, the police arrested the two accused in connection with the murder of a youth over a trivial dispute.

The arrested are identified as Mohammed Naufal and Mohammed Nausheer, residents of Maripalla here.

Mohammed Asif and the accused duo were friends. They had murdered Mohammed Asif by stabbing him with a knife over a trivial dispute near Talapady hotel beside the national highway after midnight on July 4. They had minor scuffle before the murder. Asif was murdered within a short time after the scuffle. 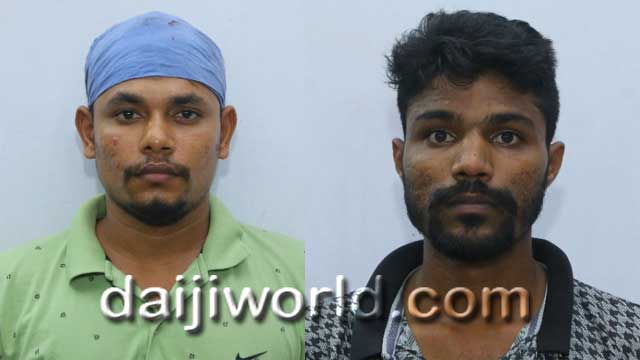 The police team of sub inspector Avinash in the leadership of town police inspector Vivekananda arrested the accused within a few hours of the murder.