BJP leaders from northeast to reach out to Christians in Kerala

New Delhi, Jul 6 (IANS): Realising that people cutting across religious line voting for the party in northeastern state, the BJP has decided to reach out to the Christians in Kerala by highlighting welfare measures of union government schemes.

To win their support, BJP is planning to send its Christian lawmakers from the northeast to Kerala. 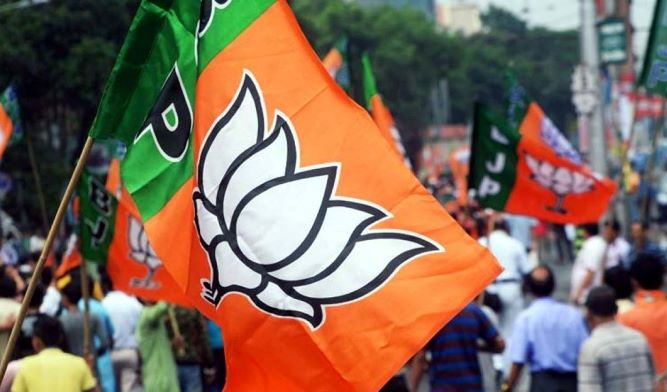 Sources said that the Prime Minister has asked the party leaders to hold programmes with the Christian community of Kerala. "Despite all efforts, our electoral success in Kerala is not up to expectation. Our electoral fortunes will turn around if we win the support of Christian community in Kerala. The idea is to hold a conclave or meeting of influencers in Kerala where Christian leaders or lawmakers from the northeastern states will explain the changes that have happened in their area and what BJP plans to do for Kerala through its welfare and developmental agenda," a BJP leader said.

It is learnt that acting on Prime Minister Modi's statement, the BJP has decided to implement it at the earliest and asked party Christian leaders to come out with a detailed plan.

"It is time to tell people of Kerala, especially Christians in the state that BJP believes in 'Sabka Sath, Sabka Vikas', and our government's welfare schemes are meant for everyone irrespective of religion. Interactive sessions will help to reach out to the people of Kerala," sources said.

Another senior party leader said the Christian community is in dominating position in around 40 assembly constituencies falling in Thrissur, Chalakudy, Ernakulam, Kottayam, Idukki and Pathanamthitta which also termed the Christian heartland and their support will be crucial for every political party.

"Traditionally, Christians in Kerala are not BJP voters and through these reach out programmes we are trying to change it to turn around our electoral fortunes by winning their support," a party leader said.

Title: BJP leaders from northeast to reach out to Christians in Kerala