Mangaluru, Aug 16: Anthony D'Souza, son of Francis D'Souza and the late Mary D'Souza is a daily wager. They have a small house made up of mud, in a dilapidated condition. The economic condition of the family is also bad.

In 2020, Anthony, while undertaking shade-lopping work, injured his left arm. As a result, two nerves got damaged with a deep cut. It took almost ten months for him to recover. 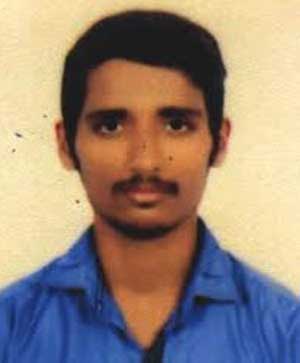 Unfortunately last year, while Anthony's father Francis was doing the shade-lopping work, a branch on which he was standing broke and fell from a height of 30 ft. As a result, he broke his leg, suffered internal injuries on his waist, and lost all his upper teeth. He was in Father Muller's Hospital for treatment for about 10 months. Many people had helped him financially. Now, he is able to walk but cannot do any work.

On February 1 earlier this year, Anthony, who was plucking areca bunches, accidentally fell from a height of 54 ft. In the incident, his spinal cord was damaged. Two ribs were broken and nerves around his neck were damaged. Surgery was done on his waist and ribs costing Rs 5.5 lac. Besides, he has been advised complete rest. He is lying on the bed for almost one year.

Francis and Anthony are daily wage workers. Their daily wage is only their income. Now as both are unable to work, their condition is very bad.

As per the letter by the parish priest, "Anthony D'Souza is staying with his sister at Jeppu Mangaluru after the surgery. He is on continuous medication which is pretty costly. He has to get admitted to Father Muller’s Hospital once in a month. His health condition is improving. He has to continue medication as advised by his doctor for another year more which might require another Rs 9 to Rs 10 lac.”

Those who wish to donate and help Likitha, may send their contributions to the following bank account details: