Iran yet to receive US response to EU's nuke deal revival proposals: Spokesman

Tehran, Aug 23 (IANS): Iran has not yet received any response from the US concerning the European Union (EU)'s recent proposals on the revival of a 2015 nuclear deal, the Iranian Foreign Ministry spokesman said.

Making the remarks at a weekly press conference, Nasser Kanaani on Monday said that Iran had submitted its response in time to the EU proposals put forward in the latest round of the Vienna nuclear talks in early August, according to semi-official Mehr news agency.

Iran has always taken part in the nuclear negotiations "seriously, constructively and responsibly," the spokesman said, adding his country has shown flexibility for reaching a deal, Xinhua news agency reported. 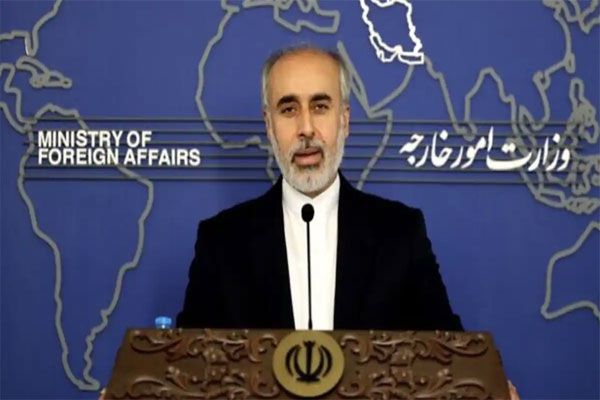 The nuclear talks have made good progress so far, Kanaani said, stressing the remaining issues, though few in number, are very important and need to be agreed upon.

The Iranian spokesman added that Tehran sought to reach an agreement and the country's negotiators had taken part in the talks seriously with the goal of defending the legitimate interests of the Iranian government and people.

Kanaani blamed the US for the status quo of the nuclear deal, formally known as the Joint Comprehensive Plan of Action (JCPOA), saying Washington is accountable for the failure to implement the agreement.

The nuclear talks will move to the next stage if the US proves in practice that it has the political will to reach an agreement, in addition to making promises and comments, he added.

The US and the E3 group of France, Britain and Germany are definitely in need of an agreement more than Iran is, he noted.

A good agreement, according to Kanaani, would protect Iran's interests and have a timeline for its implementation, enabling Iran to make sure the other side will honour its commitments and remain committed to its promises in practice.

He added that Iran would not tie its foreign policy and the development of its relations with neighbours and other countries to the progress of the nuclear negotiations.

Iran signed the JCPOA with world powers in July 2015, agreeing to curb its nuclear programme in return for the removal of sanctions on the country. However, former US President Donald Trump pulled Washington out of the agreement and reimposed unilateral sanctions on Tehran, prompting the latter to drop some of its commitments under the pact.

The talks on the JCPOA's revival began in April 2021 in Vienna but were suspended in March this year because of political differences between Tehran and Washington.

The latest round of the nuclear talks was held in Austria's capital Vienna in early August after a five-month hiatus. On August 8, the EU put forward a "final text" of the draft decision on reviving the JCPOA.