Mangaluru, Sep 14: National Hindi Diwas, was celebrated with a lot of enthusiasm and fervor on September 14, at Carmel school that commemorated the adoption of Hindi as one of the official languages by the Constituent Assembly of India in 1949.

The programme commenced with the prayer dance followed by interfaith prayer service that was respectful and uplifting, prayed for the yearnings together of peace, happiness, equality and a relationship with God. 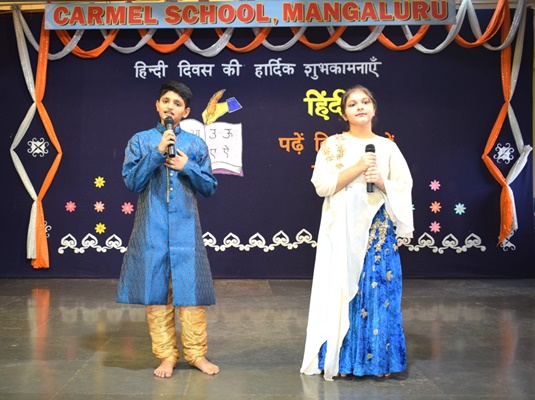 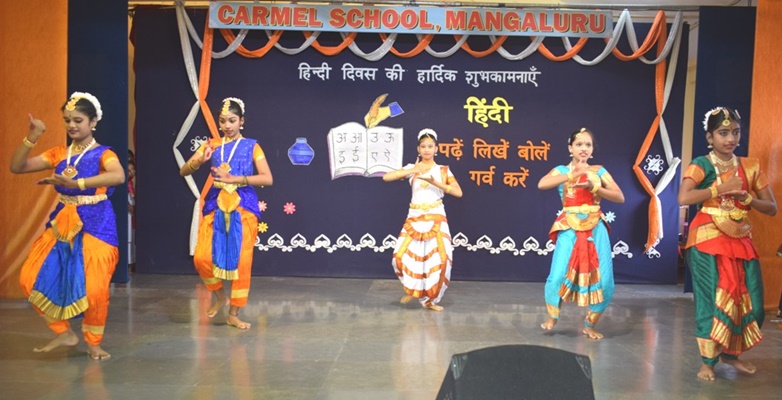 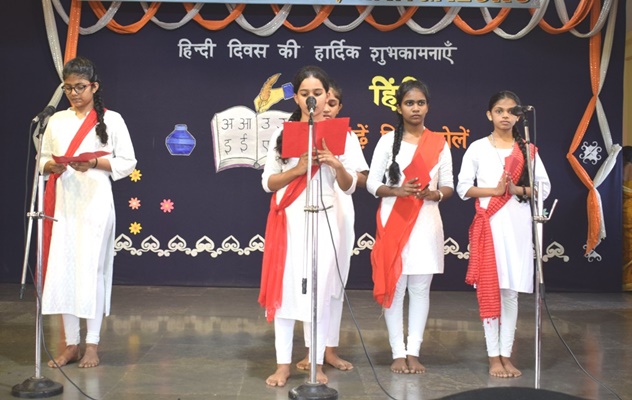 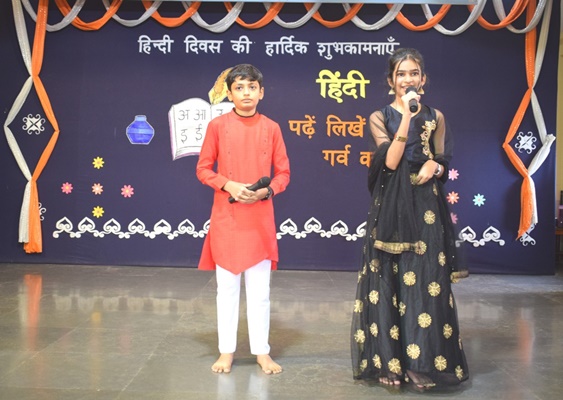 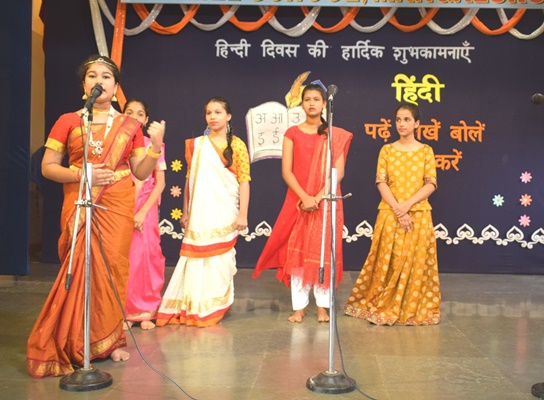 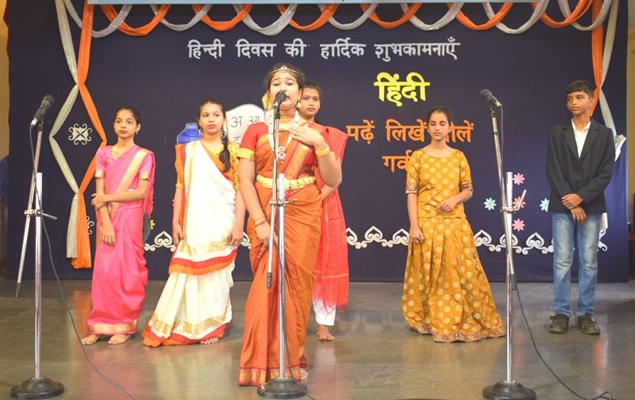 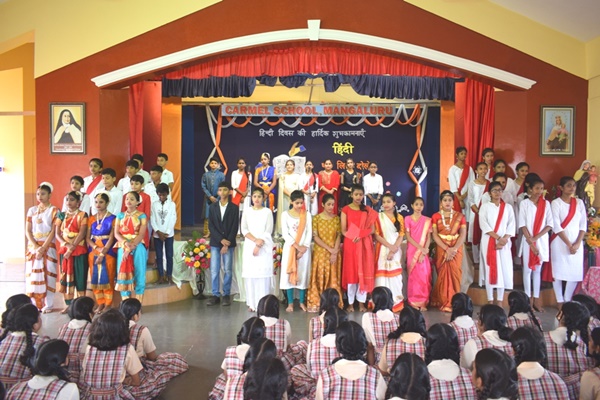 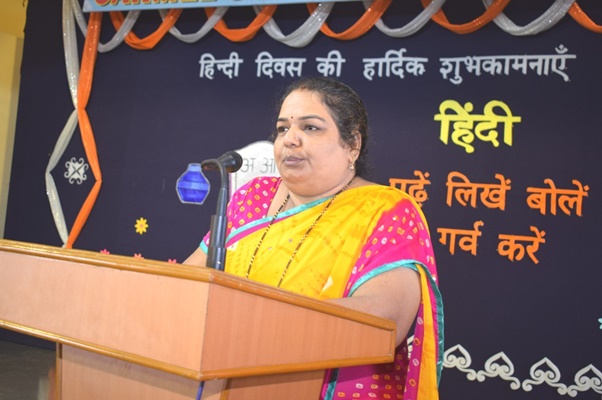 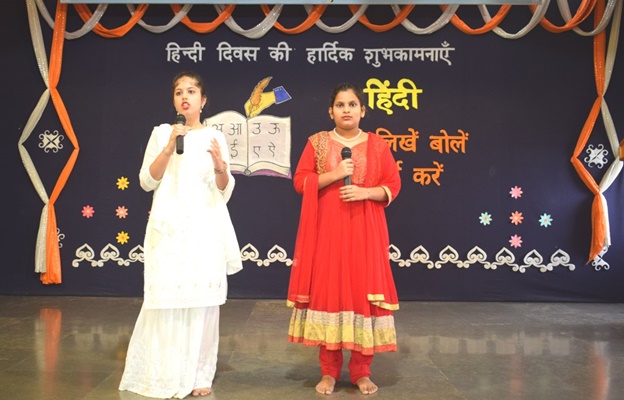 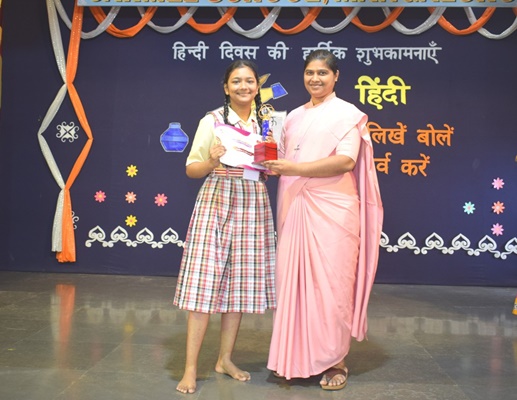 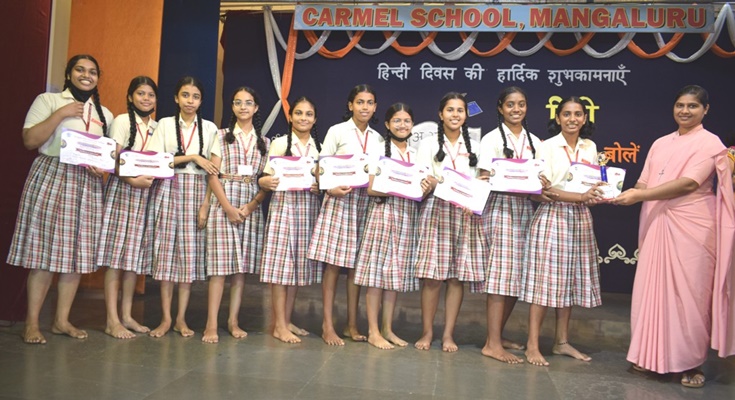 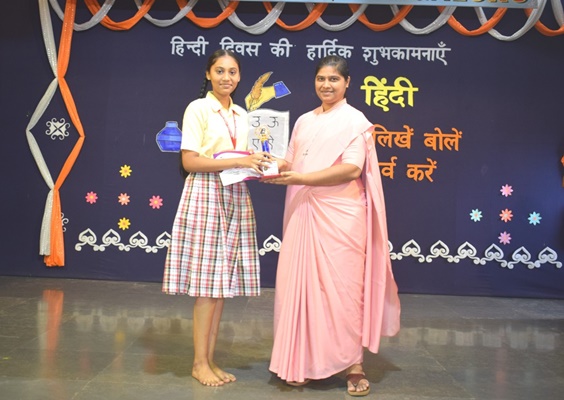 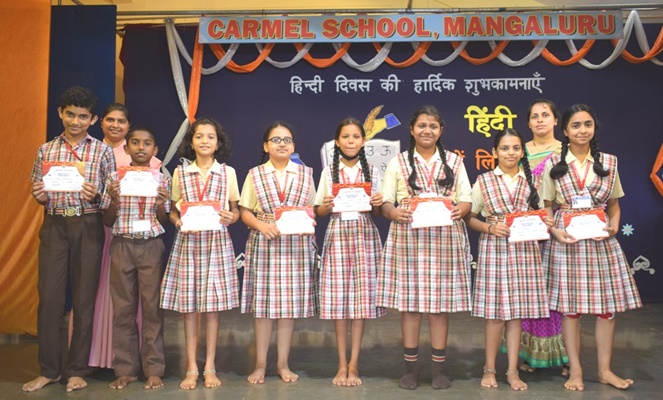 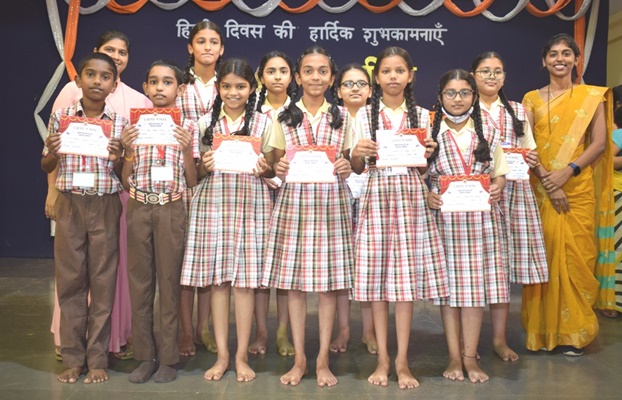 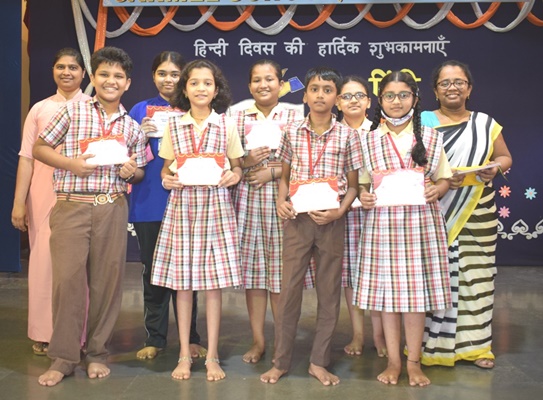 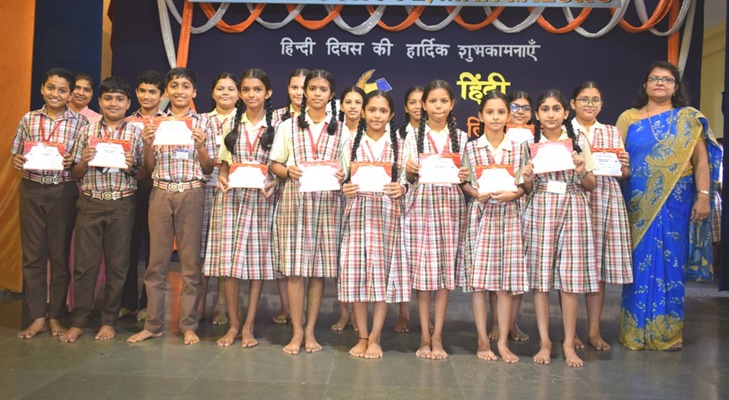 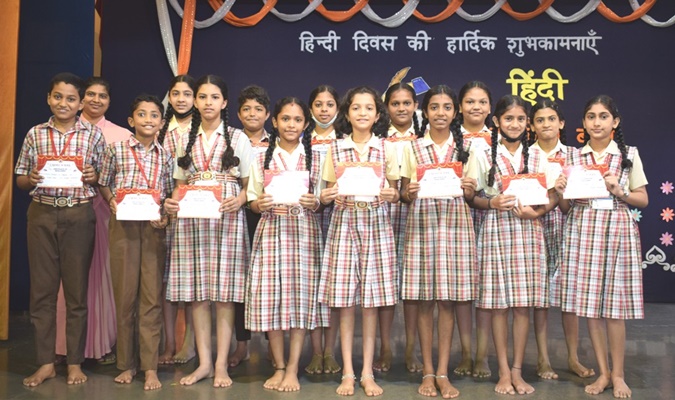 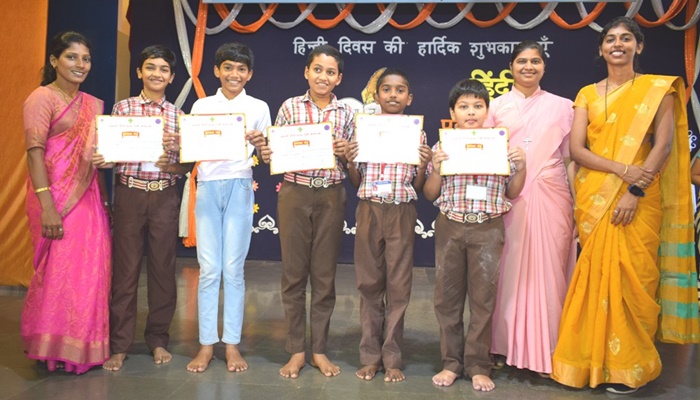 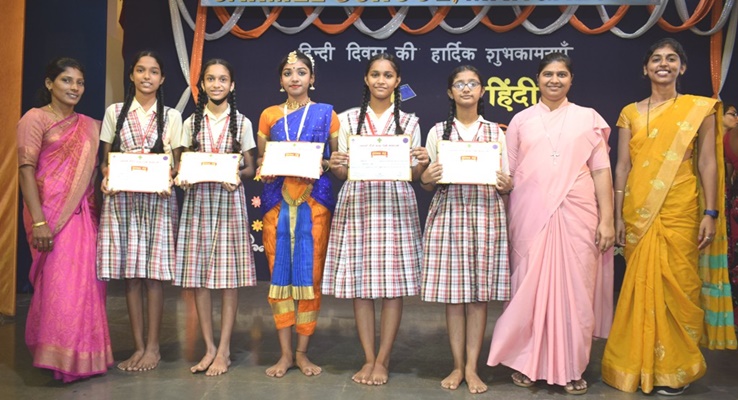 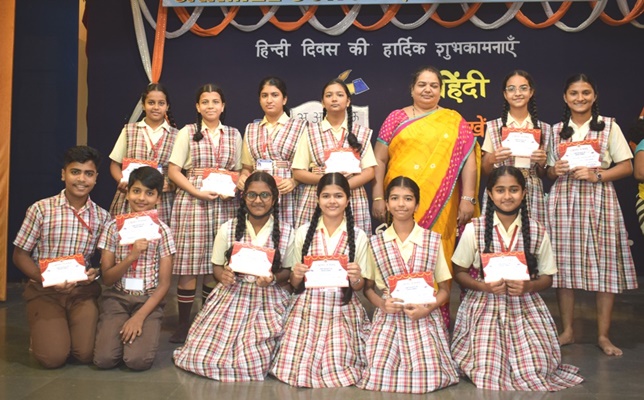 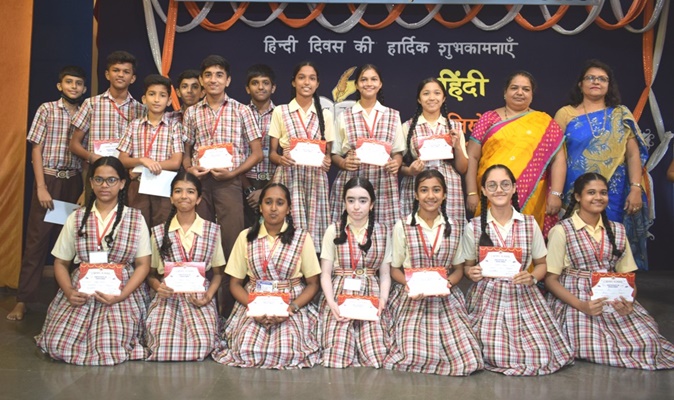 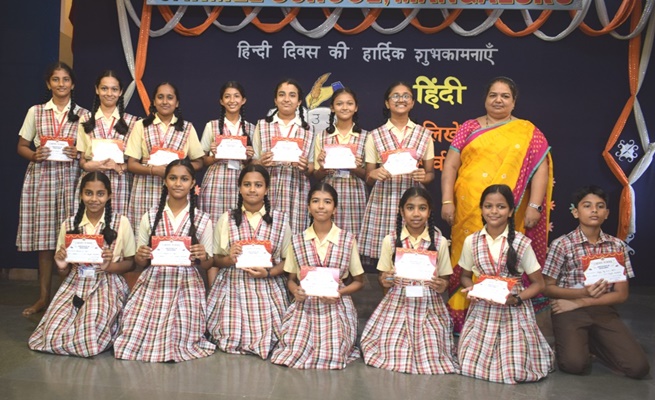 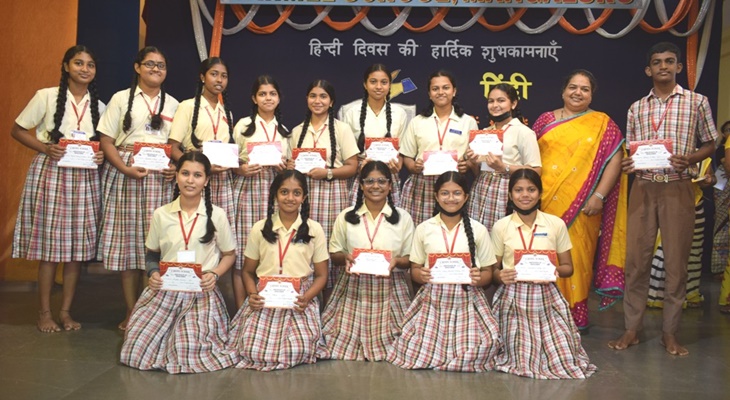 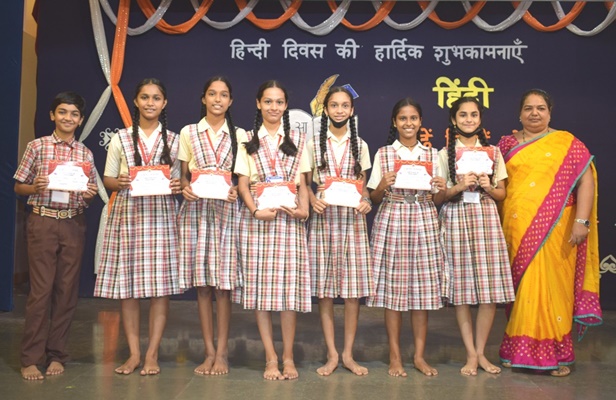 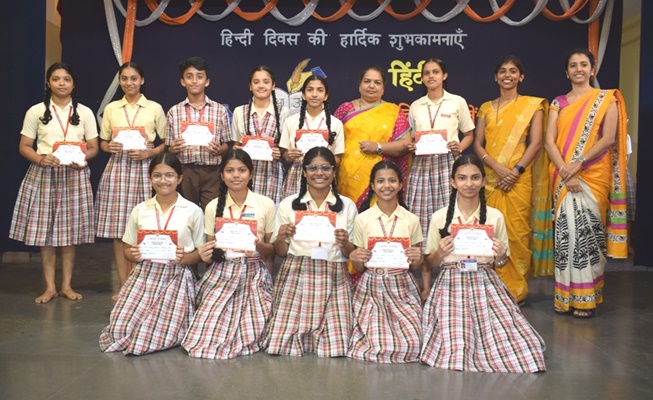 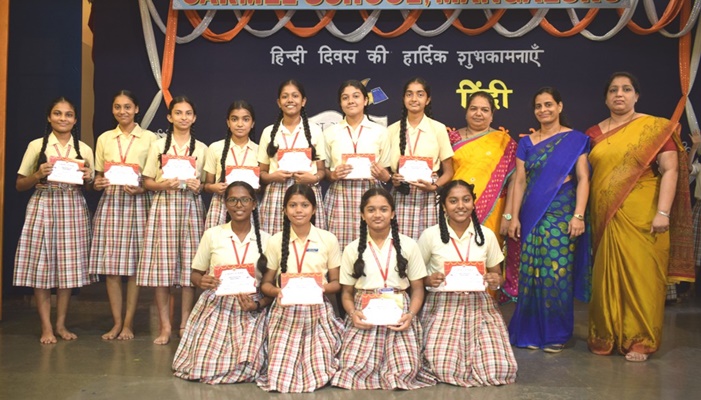 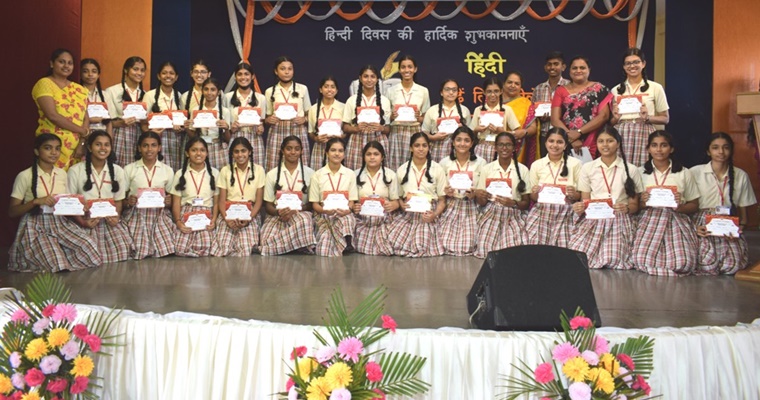 The students enacted a skit highlighting the richness and importance of Hindi along with other languages. A melodious song soothed the audience. Sharada in her address said, “Hindi reminds us of our true identity and binds the nation as a well-knit family”. She also shared some Hindi proverbs and explained them through anecdotes and vignettes.

Sharada appreciated the programme put up by the students of grade VII B under the guidance of Supreetha – class guide. In the ensuing prize distribution ceremony winners of Agnathon 2k22 inter-school, inter-collegiate fest organized by St Agnes PU College, were congratulated and accorded trophies and certificates by Sr Preena, vice principal and Sharada the chief guest.

Anushvi and Shifa Fathima proposed the vote of thanks. Aaliyah Fathima and Rishith compered the programme and Akshan and Madiha welcomed the gathering.