Udupi: Intensity of my work has not decreased due to shameful threats – Yashpal Suvarna

Udupi, Sep 28: “I have been organising the party since the last 25 years. Besides, I am doing political work as well. I have received several threats but I do not worry about them. The intensity or the speed of my work has not decreased. I have continued my responsibilities as before. There is no question of hesitating due to these false threats,” said BJP leader Yashpal Suvarna.

Speaking at a news conference here, he said he welcomed the move of Narendra Modi and Amith Shah. “Congress party could not take an effective step during their 65 years of administration. Therefore, people consider their statements as a joke,” he said, reacting to the statement of youth Congress leader Mithun Rai. 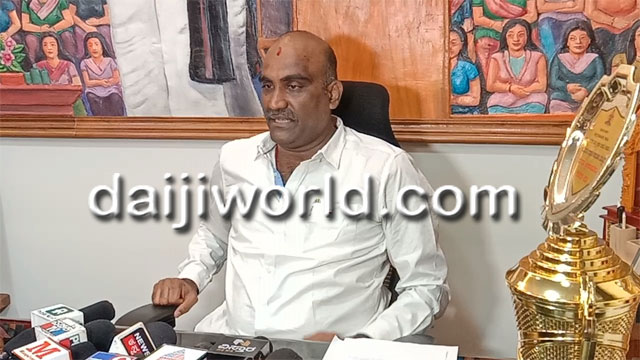 “SDPI-Social Democratic Party of India has obtained an official symbol. But CFI – PFI are indulging in illegal activities. The central intelligence agency has received information about their activities. They have banned the organisation after receiving all the proof,” he said.

“PFI and CFI have indulged in recent communal unrest. These organisations have never worked for the country or for the welfare of the society. They created unrest during controversies such as hijab. Therefore, PFI has been banned. The Centre will take stern action against SDPI if they join hands in those incidents,” he said.

Title: Udupi: Intensity of my work has not decreased due to shameful threats – Yashpal Suvarna