New Delhi, Oct 3 (IANS): The Delhi Police have lodged a fresh case against the banned Popular Front of India (PFI) under relevant sections of the Unlawful Activity Prevention Act (UAPA).

According to the information, the FIR was lodged on Thursday at the South East Delhi's Shaheen Bagh police station.

Recently, three offices in Shaheen Bagh were sealed by the Delhi Police on the instruction of Delhi's Lieutenant Governor. 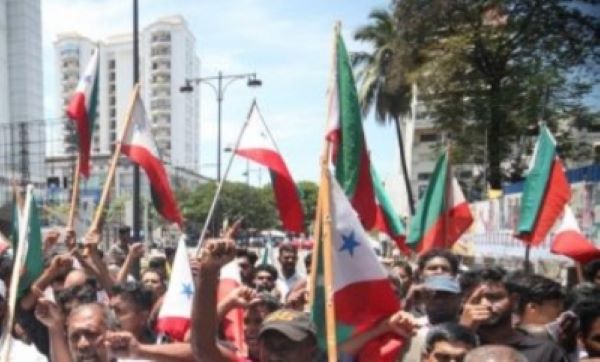 The sources said that in Shaheen Bagh the PFI was thriving as it had deep roots among the local Muslim community.

"They had befriended young gullible Muslims since the beginning. They were making members over here. Initially, there was only one office of PFI. Later on they opened two more offices in Shaheen Bagh which shows that they had made it their home ground," the source said.

According to the information, the Lieutenant Governor of Delhi, Vinay Kumar Saxena, has written to the Delhi Police Commissioner Sanjay Arora to seal three places in Shahieen Bagh belonging to the infamous PFI.

"The PFI had three offices. The addresses are -- F30/1B Ground Floor Zaid Apartment; N44A/1 Hilal House, Ground Floor, Abul Fazal Enclave, Zamia; and B 27/2 Tihri Manjil Zamia. In these three places. The PFI allegedly were doing illegal activities pertaining to anti-national things. Now we are sealing them," the official said.

The interrogation of the PFI members have revealed that the PFI would identify Muslim youth, specifically from the poor or middle class, who were later instilled with anti-Hindutva ideology and imparted training.