Addressing mediapersons, Kejriwal claimed that the jailed conman will soon join the BJP as he is speaking the language of the saffron party. 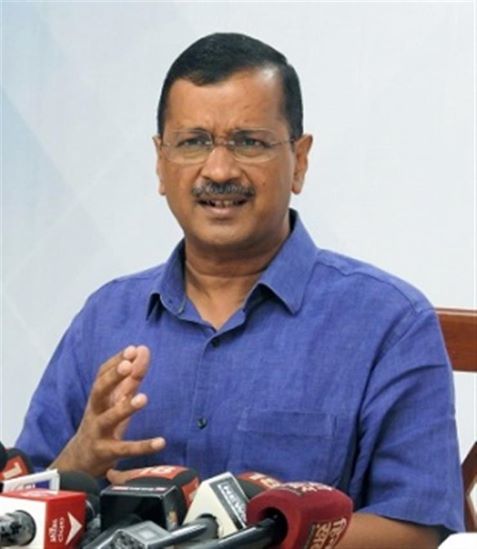 "Sukesh Chandrashekhar is learning to speak the language of the BJP. Even the BJP used to say there should be a lie detector test for Kejriwal. Now, he is trained to join the BJP. He will join the BJP any day now," Kejriwal said.

Taking jibe at the BJP, he said Chandrashekhar should be made the star campaigner, so that people will come to see him during rallies to listen to his stories. At least then, there will be crowds during the BJP's rallies. They should induct him and make him party's national president, his presence will bring more crowds at Prime Minister Modi ji's rally and roadshow.

Slamming the BJP's allegations that his deputy Manish Sisodia changed multiple mobile phones to escape the Enforcement Directorate's investigation, Kejriwal said put him into the jail if he has done anything wrong.

"ED and CBI have become film production companies. ED and CBI directors are not investigative agency directors, but film directors. PMO produces the film, scripts are written here and the films are directed by CBI-ED. I want to tell them, if anyone has done corruption, arrest them and put them behind bars. Stop planting false and fabricated stories," Kejriwal said.