Panaji, Nov 18 (IANS): The Goa government has lifted the ban on transportation of buffaloes from neighbouring states to the Goa Meat Complex in south Goa for slaughtering, after it was imposed on account of outbreak of lumpy skin disease a couple of months ago. 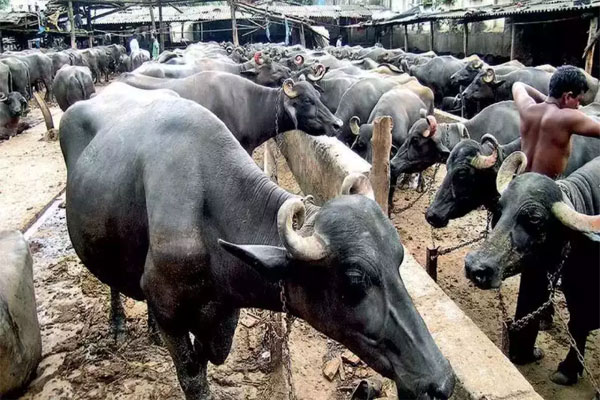 Quraishi's Meat Traders Association President Manna Bepari told IANS that they were facing loss of around Rs 20 lakh every month due to the ban. "We welcome the decision of lifting the ban on transportation of buffaloes," he said.

He said that Goa has a demand of nearly 20 to 25 tonne of beef every day. "There are around 80 traders and many shops selling meat in Goa, who had to pay salaries to their workers during the ban period. Thus we faced huge losses and even we lost business," he said.

Goa Animal Husbandry and Veterinary Services Minister Nilkanth Halarnkar had told IANS that the ban was imposed because of lumpy skin disease.

Both the District Collectors in the last week of September 2022 had imposed a ban on transportation of buffaloes to the Goa Meat Complex for slaughtering from neighbouring states of Maharashtra and Karnataka.