Udupi, Nov 26: In a shocking development, police have found that Shariq, the accused in the Mangaluru cooker blast, had visited Sri Krishna Math also.

As per sources, Shariq had visited Sri Krishna Math on October 11 and was wandering on car street. Mangaluru police have already visited the Math and have checked the CCTV visuals of the same. They are also monitoring the CCTVs around car street. 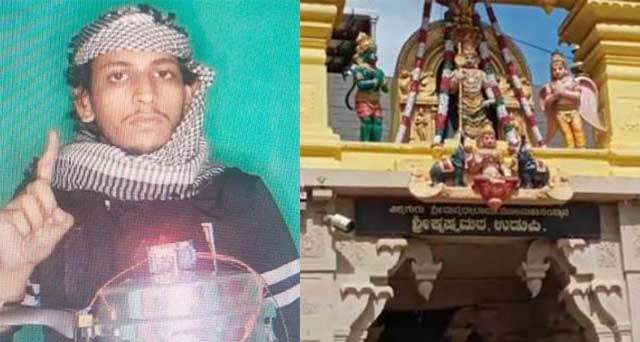 The police got a clue through a phone call made from Shariq's mobile phone whose location was traced to car street in Udupi. As per sources, a mentally ill woman had sought his mobile phone to make a call.