New Delhi, Jan 22 (IANS): Assembly elections are going to be held in the southern Indian state of Karnataka this year. With less than four months left for the polls, the BJP high command is making all out efforts to retain power in the state.

Nadda is currently in the state under 'Mission Karnataka', as of Saturday. 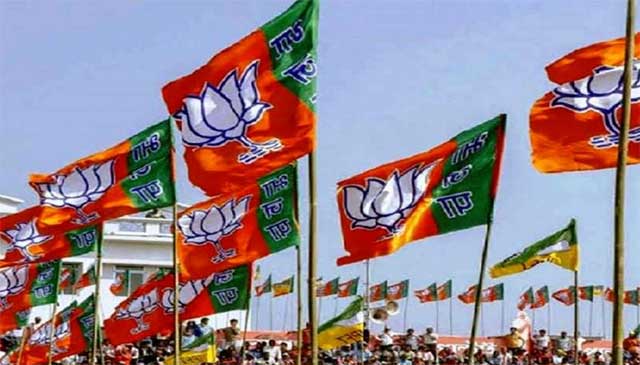 The BJP has chalked out a strategy where the party leaders will be wooing the Vokkaliga and Lingayat voters of the state.

The Congress too, has been vigorously preparing for the polls as Karnataka is the home state of the the party's newly elected national president, Mallikarjun Kharge.

Former Prime Minister HD Deve Gowda's party Janata Dal (Secular) (JD-S), which has played an important role in the state politics with the support of the Vokkaliga community, is also preparing its strategies for the elections.

While the BJP's strategy is to keep its pro-Lingayat voters completely united in its support, it is also trying hard to get the votes of the Vokkaliga community, the vote bank of the JD-S.

So far, the saffron party was entirely focused on the Lingayat community. This, however, has changed now on the instructions of the High Command to win the state polls, especially in the Mysuru region.

In view of this, the BJP is opening communication lines with the voters of these two sections regarding the achievements of the government and is confident that the split of Muslim votes between the Congress and the JD-S will benefit the saffron party.

Along with handling all the ethnic and regional equations, the BJP is going to bank on its most popular face in the state, BS Yediyurappa.

Karnataka is the first state in South India where the BJP rose to power, with a major win in the 2008 Assembly elections, and Yediyurappa assumed office as the Chief Minister.

However, Yediyurappa could not complete his term at that time due to corruption charges levelled against him and the BJP had to replace him with Sadananda Gowda in 2011.

However, about ten months before the 2013 Assembly elections, the high command changed the Chief Minister to Jagadish Shettar due to upheaval and inner differences in the party.

Despite this reshuffle, the BJP faced defeat in the 2013 Assembly polls.

Significantly, the political stature of Yediyurappa can be gauged from the fact that in 2019, when the BJP got a chance to form the government again in the state, the party named him as the CM.

As part of the election strategy in 2021, the party high command made Basavaraj Bommai the Chief Minister in place of Yediyurappa, and made the latter a member of its highest and most powerful decision making body, the BJP Parliamentary Board in the state, in view of his political influence.

It is apparent that the BJP aims to win with a clear majority in the state on its own, with the help of Bommai, Yediyurappa, Prime Minister Narendra Modi, social engineering and the reservation quota, among others.

The BJP has launched an intensive election campaign in the state even at the micro level.

On Saturday, Nadda launched the party's mega campaign by flagging off the 'Vijay Sankalp Abhiyan' yatra in the Nagthan assembly constituency, through which the BJP will conduct door-to-door drives and will connect to the people.

Through this, the party plans to strengthen the organisation at all the booths of the state so that it can benefit in the upcoming polls.

The party plans to create a political atmosphere in its favour by connecting with all the beneficiaries of the government schemes, along with the classes benefiting from reservation.

According to sources, the party will be forming a campaign committee soon, in which all the prominent leaders of the state will be included to reduce the ongoing conflict between them.