Kundapur, Jan 24: Ganesh Poojary (33), a resident of Vakwady, who was grievously injured in the accident that occurred on Sunday at Kota between his motorcycle and a private bus, succumbed to injuries on Monday January 23 at a hospital in Manipal.

The private bus that was plying from Kundapur to Udupi had applied brakes suddenly on highway near Kota bus stop. Ganesh and his friend Sumanth, who was riding pillion on his motorcycle, collided with the bus as they were behind the bus. Both were seriously injured. 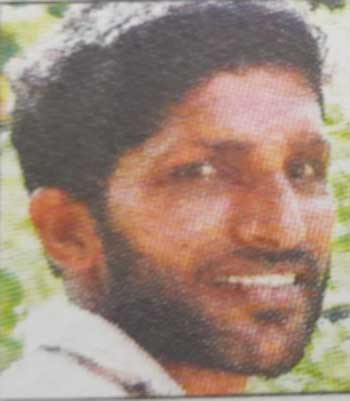 Ganesh was working in a shop and is survived by parents and younger sister. Ganesh’s sister’s marriage is fixed and the family has lost the bread winner.

The RTO should make it mandatory for private buses to enter service road. As most of the buses apply brakes suddenly on highway as they see the passengers, many accidents are taking place, opine the locals.