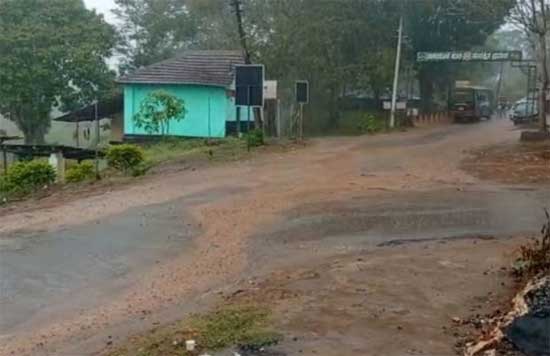 Mornings were misty and cloudy. Several places saw cloudy conditions throughout the day. Due to the overcast conditions and rainfall, humidity in the districts rose.

According to IMD official Prasad, though the monsoon conditions had ended in December its impact is likely to be felt till the third week of January. Presently, winds are blowing from the south-west direction. Due to humid conditions, a few places in the district are receiving rainfall. Weather forecasts said a few places in coastal districts are likely to experience moderate rainfall on January 25 due to the cyclonic storm conditions.