The inter collegiate competition and seminar on Applications of Recurrence Relations was held in the 'Eric Mathias Hall, Maffai Block, on the college campus. 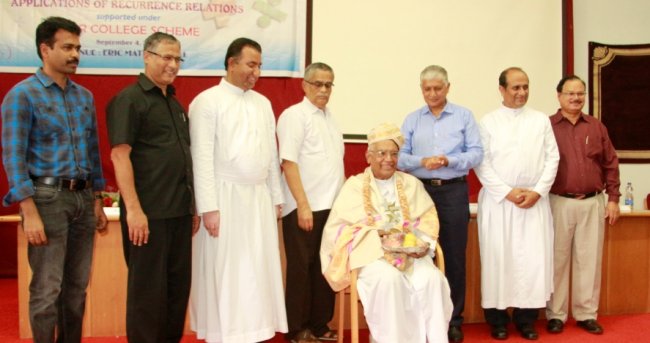 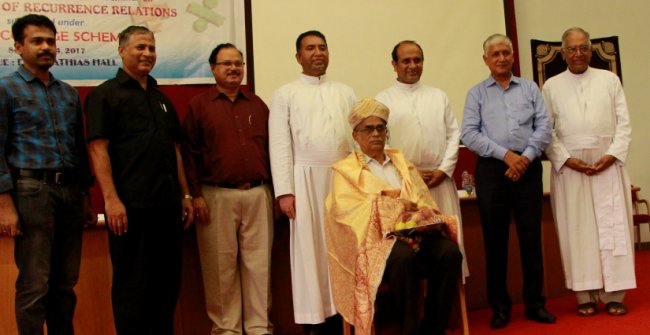 The colourful welcome was followed by the lighting of lamp, accompanied by a prayer song.  Roy Castelino spoke on the importance of mathematics in day to day life. Mathematics, he said, was to basically analyse, assume and arrive at logical conclusions.

The students of Krishnamurthy, guests of honour for the event, prof KR Upadhyaya and Fr Pradeep Sequeira  were felicitated.

Prof K R Upadhyaya introduced and talked about prof  Krishnamurthy. Fr Pradeep Sequeira spoke on math as a tool, which holds accuracy for truth. He wished that the younger generation stimulate their minds to work for truth for the betterment of this country. He took the aspect of veracity in mathematics and inspired students to work for truth.

Principal Fr Praveen Martis addressed the crowd of young mathematicians to use creativity, curiosity and collaboration as a way of inspiring oneself to take active part in the upcoming events which was diligently organised by the students of St Aloysius College.

Rector Fr Dionysius Vaz of St Aloysius College Institutions congratulated all the students and dignitaries on stage who have been associated with mathematics.

A guest lecture on 'applications of recurrence relations' was presented by Dr Sam Johnson who spoke on the legend of tower of Brahma and problems related to it, and problem solved by Jacob Steiner in which a line leads to infinity at both directions and also of points and lines in recurring sequence leading to a region with respect to dimensions.