By John B Monteiro

Mangaluru, Feb 13: Shree Venkatramana Temple, the pride of Gaud Saraswat Brahmins (GSB) is currently celebrating its 200th (Dwi-Shatamana) Rathotsava which will conclude on Sunday, February 14. Here is a bit of background to the uninitiated young generation.

The temple’s origin goes back to the mid-17th century with the installation of Shree Srinivasa (original Venkateshwara) along with idols of other deities. Since 1816, the temple came to be called Kodial Shree Venkataramana Temple. 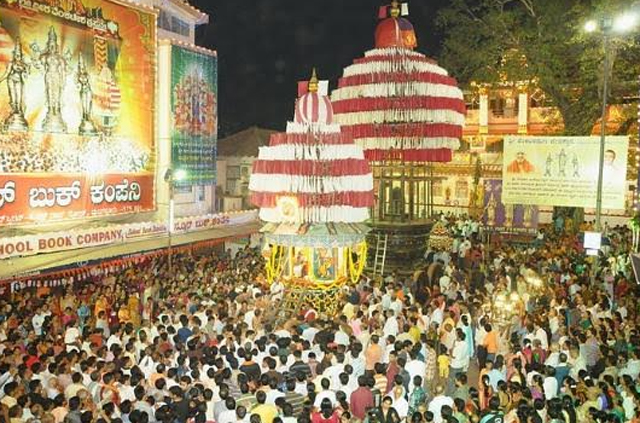 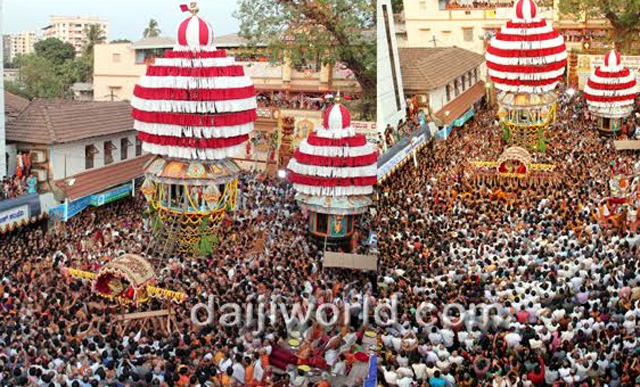 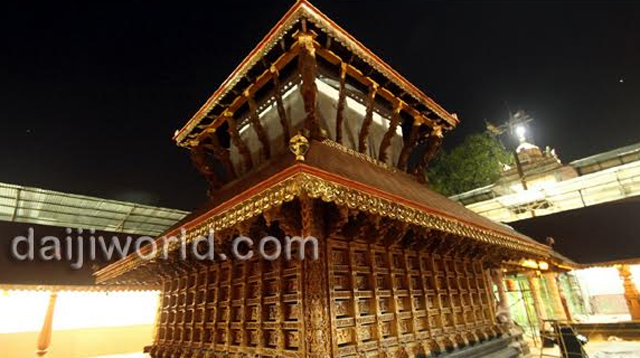 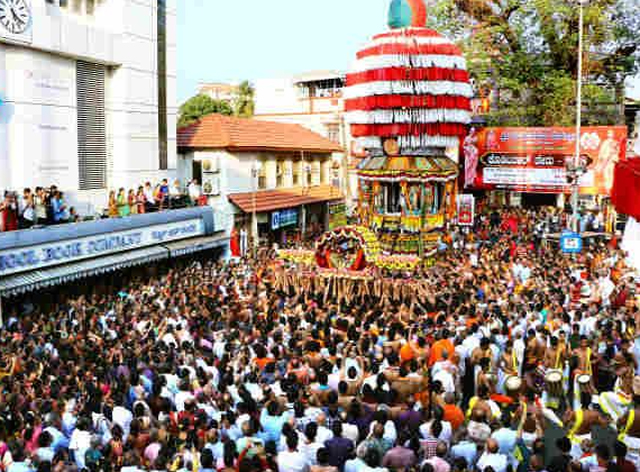 The temple is the pride and possession of Gaud Saraswat Brahmins (GSB). According to an account by Ramya Mallya, the Saraswat Brahmins stayed in and around Shravasthipura which was built by Shravastha, son of King Ikshavaku. The place was called Gowda. When they came to south Konkan region, they came to be called GSB. They believe that Lord Rama who made his appearance on this earth was the incarnation of Lord Srinivasa, also named Shree Venkateshwara.

As Mallya explains, the structure of the temple we have today is a complex that grew over a period of over 200 years. Many structures belong to different times but are integrated to form a cohesive whole. A small shrine for Lord Venkateshwara was constructed in 1736 with just a Garba-Graha. The images under worship were bronze images of Srinivasa Group, installed in the temple by the family of Mahala Pai. According to one source, in 1804, a peripatetic sanyasi visited Mangaluru. He put up a temporary shelter in the present Car Street and kept a beautiful image of Lord Veera Venkatesha worshipped by him and lived on the offerings of the people. The image attracted a great deal of attention. When the crowds began to swell he moved his shelter to Lower Car Street to avoid the crowds. The Baba Pai family of GSB community obtained this image from the sanyasi.

There is another account on this subject. According to a narration attributed to Sawkar Raghunath Baba Pai, in 1796, one Bairagi came to Sawkar Bappai’s house in Car Street, when Annappa Pai was head of the family and stayed there for seven days. While leaving, he went to Annappa Pai’s business house on Lower Car Street and presented him a gift wrapped in a paper. Being busy, Pai kept his gift in a table drawer without opening it. At night the watchman came to his residence to report smoke emanating from his shop. When he rushed to the shop, he was stunned to find that the shop was not burning but only fumes were coming from the table drawer where the gift was kept. On unwrapping the gift, he found the idol of Lord Shree Veera Venkatesh. He brought the idol and kept it in his family temple.

Despite an intensive search for him, the Bairagi could not be found. Subsequently, Lord Venkataramana came into his dream and directed him to construct a temple. He went to the Matadipathi of Sri Kashi Math Samsthan and as per his direction, constructed a temple in 1804 with the active participation of GSB Samaj. That is the present Venkataramana Temple. So, every year on Avavratha (Okuli) Day, Lord Venkataramana Swamy is said to visit Sawkar Bappai’s family temple as that is his Mulasthana. It is notable that from 1804 to 1947, many members of Sawkar Bappai family have served as trustees of the temple.