Exclusive: A saint should go beyond boundaries of caste, says Kemar Swamiji

Mangaluru, Mar 7: Sri Sri Sri Esha Vittaldas Swamiji of Kemar Sandeepani Math is well-known for encouraging and promoting inter-religious harmony and treating people of all sections of society equally. Swamiji enjoys mass popularity because of his progressive thinking, spirituality, and dedication to bring people out of superstitious beliefs. He has his own fan following and a vast number of devotees in different parts of the country. 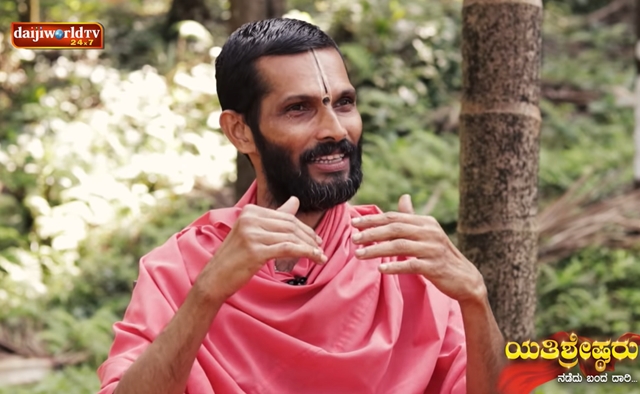 DW: Swamiji, viewers are curious to know about how the Sandeepani Math was formed, so can you brief us about it?

Swamiji: Initially, in the year 1996, I built a small ashram using bamboo and grass. It was beautiful. Politicians and MLAs also liked it. It was so simple and beautiful. Later, in the year 2000, I made a plan to extend the ashram, as devotees used to visit in large numbers. Thus, we constructed a small temple after performing 'Astabandha Brahmakaloshostava'. I had no plan to construct a temple, but a donor came to me and expressed his wish to donate an idol of the deity. The prominent deity of this temple is the goddess Mookambika.

DW: What is Saligrama?

Swamiji: Saligrama is considered the heart of Vaishnava. It is also the richness of a 'Saadak'.

DW: Who inspired you to accept Sanyasa? Please tell us about your childhood and parents.

Swamiji: My father was a headmaster and my mother served as headmistress. I come from an educated family. Even my grandfather and uncles were teachers. I have an elder and younger brother. The elder brother is a doctor and the younger brother is also in a job. My family was dependent on agriculture.

DW: What was your name in 'Purvashrama'?

Swamiji: Mukesh Kumar was my name in Purvashrama.

DW: What is your educational qualification?

Swamiji: I have done mechanical engineering from Nitte. Later, I worked for L&T in the construction field. I met a Sanyasi in Nitte. He taught me Mantras. I went seeking the truth in the hills of Mathura, Himalayas, Varanasi, Hrishikesh, and mainly, I meditated at Kodachadri.

DW: How did your family members react when you went to accept Sanyasa?

Swamiji: I had no objections from my father. But, you know the feelings of a mother. There will be some sort of pain. Now my mother is also supportive and they are happy. 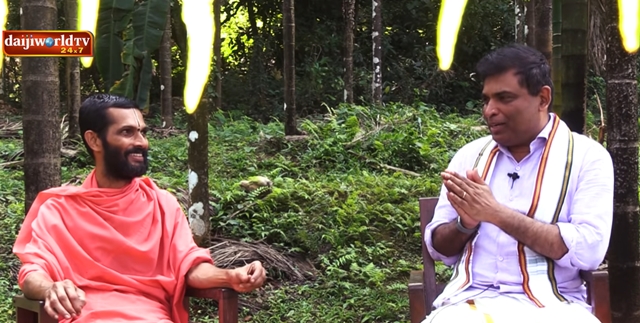 DW: Who is your Guru?

Swamiji: I just spoke about a Sanyasi I met in Nitte. He is my Guru and he inspired me to take Sanyasa. More importantly, I used to listen to Harikathas of Achuthadas. Later, I came into contact with Sudhindrateertha Swamiji. He named me Esha Vittala. I am into spiritual life for thirty years. I have completed 22 years since obtaining Sanyasa.

DW: What are programmes undertaken by Kemar Math, both spiritual and programmes for development of society?

Swamiji: Religious practices and principles are very important for a Sanyasi. There are 'Mantras' and 'Jaapas' to be performed on a daily basis. I do Yoga and puja. Coming to social work, I support school-going children in their education. We are working to bring people out from superstition. I also preach about social harmony and brotherhood. I visit the programmes of Muslims and Christians. I believe in the message of Swami Vivekananda that 'service to humanity is the highest form of worship'. Giving happiness to people is my motto.

DW: Swamiji, usually saints are confined to a particular religion, but you try to reach out to all.

Swamiji: A saint should go beyond caste, community and religion. He should come out from all sorts of boundaries.

DW: How do you manage the expenses of the Math and various rituals ?

Swamiji: I take some amount from my residence of Purvashrama and there are devotees who come forward to donate.

DW: How did you manage during the pandemic?

Swamiji: To be frank, I never came out during the corona lockdown. The only time I left my premises was to attend your channel's 'Corona Gellona' programme. 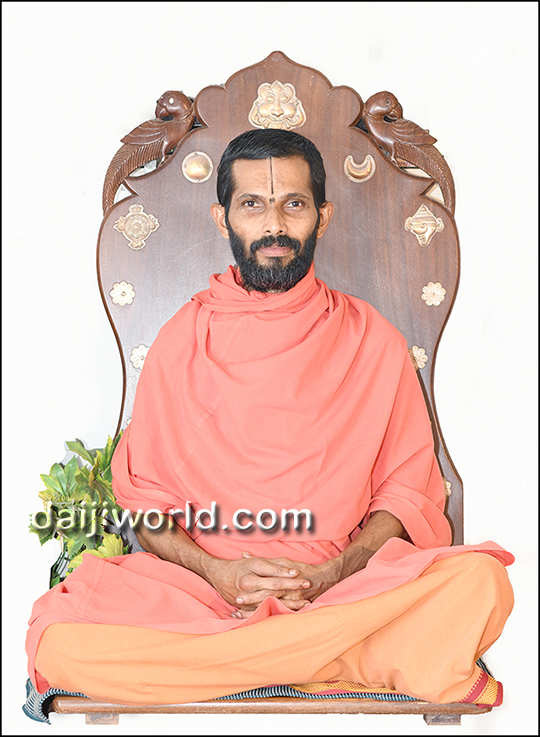 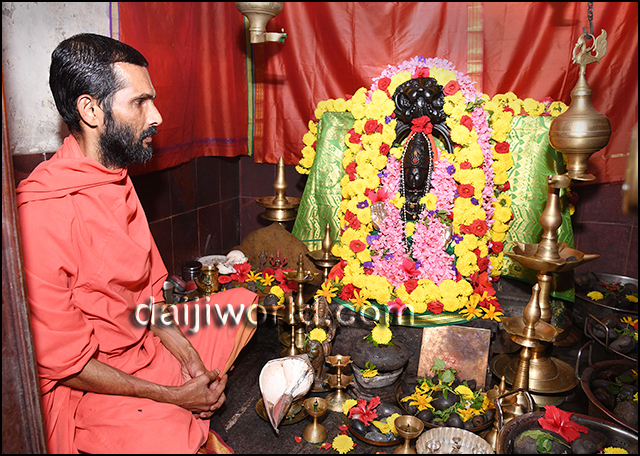 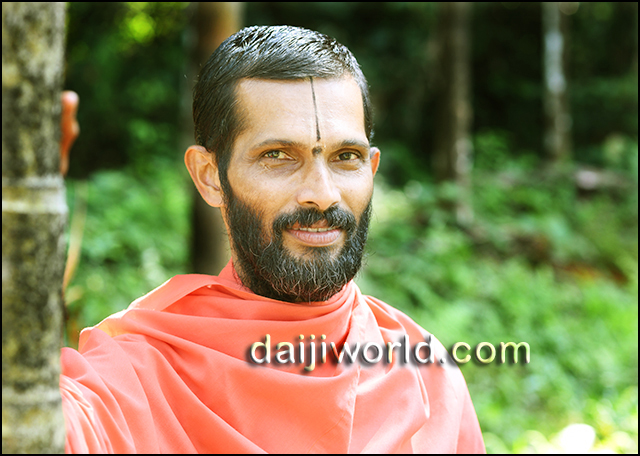 DW: Swamiji, you have faced happy and painful experiences in your life. Can you share both experiences with viewers of Daijiworld ?

Swamiji: People contact me and share news, be it good or bad news. Spiritual life has given happiness to me. People say that I am not confined to any particular religion or a community. Even I have experienced a lot of unhappiness. But I have accepted both happiness and unhappiness in equal measure in life.

DW: What is your message to society?

Swamiji: We should accept religious scriptures in our heart. The message written in the scripture should be implemented. Many a time, in the name of religion, in the name of practising a culture, we have broken the hearts of people. We should form a beautiful society. Communal violence is a threat to the country. The value of blood is very important.

Title: Exclusive: A saint should go beyond boundaries of caste, says Kemar Swamiji