Mumbai, Sep 21 (IANS): Yet another 'letter-war' erupted between the ruling Maha Vikas Aghadi and the state Raj Bhavan, this time a fallout of the recent Sakinaka brutal rape incident.

The Governor Bhagat Singh Koshyari had recently written to Chief Minister Uddhav Thackeray expressing concerns over the tragic incident and urged the latter to call a special session of Maharashtra Legislature to discuss the specific (Sakinana) issue and the safety of women in general. 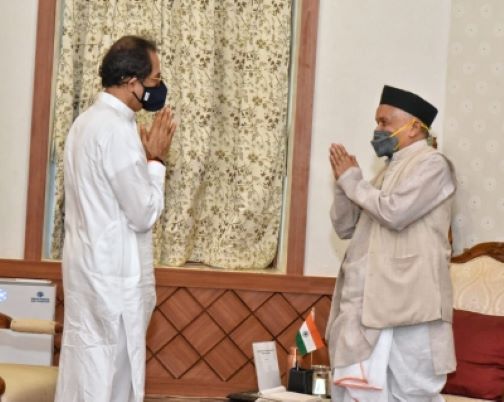 Firing a stinger on Monday, Thackeray endorsed the Governor's sentiments and pointed out that the question of women's safety is not confined to Maharashtra alone but is a national issue.

He cited a string of incidents of atrocities on women in Bharatiya Janata Party-ruled states like Uttar Pradesh, Gujarat, Uttarakhand, Delhi where the police is controlled by the Centre and Union Territories of Jammu & Kashmir under the central administration.

In view of these, Thackeray urged Koshyari to request the BJP-led Central government to convene a 4-day special session of Parliament to deliberate on women's security in which even the Sakinaka incident could be included.