Panaji, Nov 28 (IANS): For more than three centuries, a massive 16th century arch dedicated to adventurer Vasco da Gama served as an ornamental overhang under which Goa's newly-appointed Governors were formally welcomed into the capital of Portugal's 'Estado de India'.

The Viceroy's arch located in Old Goa lost its ceremonial significance after a deadly plague epidemic resulted in the relocation of the Portuguese-held capital from Old Goa to the city of Panaji, around 10 km away, in the mid-19th century.

In 2021, however, the archway is back in focus, thanks to a controversial bungalow in its precincts, with political parties perhaps envisioning the archway as a gateway to power in the upcoming 2022 Assembly polls.

The Trinamool Congress has now demanded immediate demolition of the structure, which has been co-developed by Mumbai-based real estate tycoon Manish Munot, the spouse of BJP leader Shaina NC, and Suvarna, the wife of Suraj Lotlikar, a former office-bearer of Goa Forward Party, a regional political outfit. 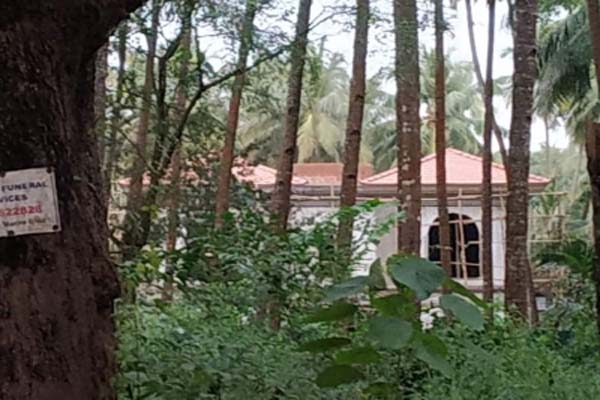 Sources said that the developed property is on the verge of being sold to another party.

"An Archaeological Survey of India (ASI) report states that a 51 sq mt structure, a small hut meant for storing coconuts, was the original structure at the site. The document adds that no new construction can take place there. But the District Collector fraudulently gave a report stating that there was a 397 sq mt structure. In April this year, the hut was demolished and the area was converted into an 800 sq mt villa by Manish Munot, who is associated with the BJP," Trinamool MP and the party's Goa in-charge, Mahua Moitra, alleged.

"We want the structure demolished, plain and simple. It is an illegal structure within an ASI protected area (which falls under the Ancient Monuments and Archaeological Sites and Remains Act, 1958). The government should demolish it," Moitra said.

The property came under the ownership of Lotlikar and Munot in 2015 and the first permissions by the state Town and Country Planning (TCP) were granted in 2016, in the regime of BJP Chief Minister Laxmikant Parsekar.

While the local 'Save Old Goa Action Committee' has already filed a petition in the Supreme Court demanding action against the alleged illegality, apart from the ruling BJP, other political parties, which are now protesting against the project, have had linkages to it, near which civil society members have been protesting nearly every day for more than a week now.

The Goa Forward Party, whose President Vijai Sardesai (a former TCP Minister) on Saturday wrote to the interim TCP Minister Chandrakant Kavlekar to revoke all permissions, has already been chastised by civil society activists, because the party's former treasurer Suraj Lotlikar's wife is a partner in the redevelopment project.

The Congress, which was the first political party to demand demolition of the project, is also linked to the project through its Cumbharjua block president Vishal Volvoikar, who was a formal seconder for the project in the documentation for government permissions.

When contacted, Shaina NC said that "we have nothing to do with this", while Chief Minister Pramod Sawant has maintained that he will look into the allegations of illegality.

The controversial construction located in the precincts of the UNESCO-endorsed World Heritage Site could also prove to be a bane for the ruling BJP in the poll-bound state, considering the area is considered holy by the local Catholic population.

The heritage Old Goa church complex nearby is home to the relics of St Francis Xavier, considered the patron saint of Goa. Catholics account for nearly 26 per cent of the state's population.