Earlier in the day, Harak Singh reached the Congress war room along with his daughter-in-law and joined the party in presence of former Uttarakhand chief minister Harish Rawat and state in-charge Devendra Yadav.

The Congress leaders in Uttarakhand were divided over the induction of the expelled BJP leader into the party with Harish Rawat putting a condition over his entry into the grand-old party. 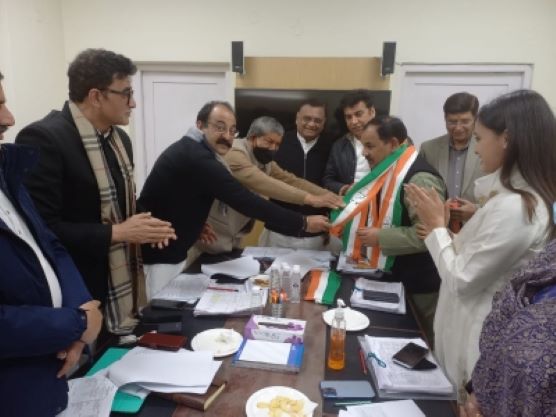 Congress veteran Harish Rawat has demanded apology from Harak Singh for switching to the BJP when the Congress led by him was in power in the hill state.

But state legislature party leader , one of the contenders for the post of Chief Minister, has been in his support.

"In politics, doors are never closed and there is always a possibility of reaching out to others," Preetam Singh had said.

Harak Singh Rawat said the wind is blowing in favour of Congress and he will work for the party."

Uttarakhand is slated to go to the polls on February 14 and counting will be held on March 10.