Bengaluru, May 13 (IANS): A Deputy Superintendent of Police (SP) has been arrested in connection with the the Police Sub-inspector (PSI) recruitment scandal in Karnataka which is currently being probed by the Criminal Investigation Department (CID).

With the arrest of Deputy SP Shantakumar, the number of arrests in the Recruitment Division of the police department have now gone up to five, CID sources said on Friday.

The sources explained that the Department is now gathering inputs on ADGP-ranked officers based on the information provided by the Shantakumar. 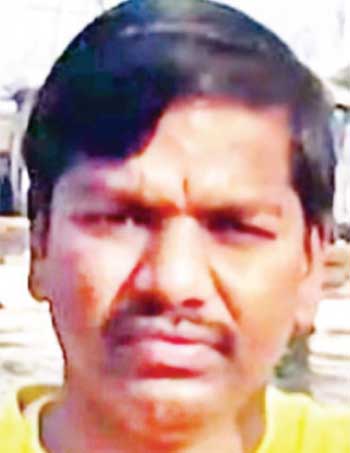 They also revealed that this will lead the investigations to top officers, bureaucrats and politicians involved in the scandal.

After the scandal surfaced and it was followed by the arrests of candidates and middlemen, while the role of Recruitment Division has come out in the open.

The four accused officers have revealed the role of DySP Shantakumar in the scandal. CID was looking for evidence against him.

Investigations revealed that Shantakumar managed to work in the Recruitment Division for 13 years. It also came to light that he controlled the division with the support of senior officers, according to sources.

There are serious allegations on Shantakumar that he contacted aspiring candidates for SI posts through middlemen. He received lakhs of rupees from them and shared it with top officers, sources said.

He directly helped candidates who forged OMR answer sheets and helped many candidates to get the job. The CID is investigating all these allegations.

Shantakumar joined the police department as a constable in 1996. In 2008, he became SI in the Recruitment Division and got promoted as an inspector. Whenever he was transferred to other departments, he managed to stay back using his contacts, say sources.

Finally, when he was transferred to the Internal Security Department (ISD), he worked there for a few months and again returned to the Recruitment Division, sources say.

The CID has lodged a complaint against 22 candidates for joining hands with accused in High Grounds police station has arrested 16 of them. The officers have launched a hunt for the other six candidates who are at large.

They have also arrested leaders attached to both ruling BJP and Congress party.

The Karnataka government has announced re-exams for 545 PSI posts following the scandal. The exams were held for these posts on October 3, 2021. The government has also ordered the comprehensive analysis of answer sheets of all candidates.

As many as 54,041 candidates appeared for the exams. The results were announced this January.

However, the police department and the Home Minister denied any irregularities in PSI exams.

Police sources say that Veeresh, the candidate, had attempted only 21 questions in paper 2 but got 100 marks. He was given 7th rank.

Congress MLA Priyank Kharge had alleged that more than 300 of the 545 candidates had paid Rs 70-80 lakh bribe to officials and Ministers to become PSI.

Ruling BJP has challenged him to produce evidence before the CID.