As Congress preps for Bharat Jodo Yatra, its baggage of mistakes weighs it down

New Delhi, May 29 (IANS): Congress released a booklet on the failures of the BJP but the party itself has been making multiple mistakes since it lost power in 2014. It has not been able to counter the BJP and has lost multiple elections, the most recent being in five states.

Political analysts believe that Congress has not been courageous enough to counter the propaganda against it. The reason is that the party lost hope after the Anna Hazare agitation and most of the leaders gave up before the actual battle began. After the humiliating defeat the party did not go deep inside to assess the loss except the Antony Committee report which was not made public and was never discussed. 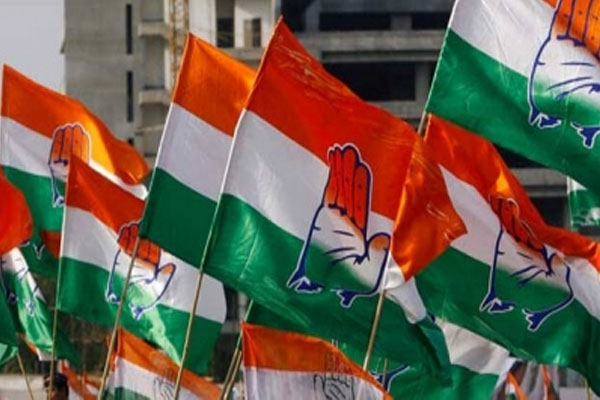 Congress leader Vishwanath Chaturvedi, who is upset with the party and has not been in sync, says that since Rahul Gandhi initiated elections in the NSUI and later repeated the same formula in the Congress the party leaders got alienated and the younger generation could not connect with the party. Chaturvedi himself comes from the NSUI but alleges that he was not given a due position in the party despite fighting Samajwadi Party supremo Mulayam Singh Yadav for the last 20 years.

Congress insiders say that since 2004 the party has been controlled by a few people and they ensured that a new leadership does not come up which could pose a serious challenge to their survival. The Congress lacks second generation leadership. It gave two terms to former Haryana Chief Minister Bhupinder Singh Hooda, three terms to late Delhi Chief Minister Sheila Dikshit and late veteran party leader Tarun Gogoi. Veerbhadra Singh was Chief Minister many times like Ibobi Singh in Manipur, in Goa an outsider like Digambar Kamat was made Chief Minister.

In the meantime the Bharatiya Janata Party seized the opportunity, promoted its own younger lot and poached people like Himanta Biswa Sarma and Jyotiraditya Scindia to name a few.

Shakil Akhtar, a senior journalist, blames the Congress leaders for hiding behind a veil and not being able to confront Narendra Modi as they were lethargic and Rahul Gandhi was evasive on the leadership issue. He should not have left his post in 2019, which created a vacuum and derailed the process of reform in the party.

He says that in the recently concluded "Chintan Shivir" the party did not find the reason for its defeats but was busy slamming the BJP. It should have seriously brainstormed the new narrative. He adds that in between the party pursued a soft Hindutva line, but batting on a BJP pitch was not a good idea at all as any batsman who is in a double mind gives away his wicket more easily than other batsmen. So the party should have a clear cut vision on Nehruvian lines, and not jumping on issues as consistency will give it the desired result. Work harder should be the motto.

The Congress has constituted three committees as was decided during its 'Chintan Shivir' in Udaipur to strengthen the party -- political affairs group, Task Force 2024 and committee for the 'Bharat Jodo Yatra'.

Rahul Gandhi is part of the political affairs group along with Ghulam Nabi Azad and Anand Sharma who are members of the G-23 group. K.C. Venugopal is a member of two committees and Priyanka Gandhi Vadra has been made a member of the Task Force-2024. In the political affairs group, Mallikarjun Kharge, Ambika Soni, Digvijaya Singh, K.C. Venugopal and Jitendra Singh are the other members.

A statement said, "Each member of the Task Force shall be assigned specific tasks related to organisation, communications and media, outreach, finance and election management. They shall have designated teams which will be notified subsequently. The Task Force will also follow up on the Udaipur 'Sankalp' Declaration and the reports of the six groups."

For the Yatra from October 2, the Central Planning Group for the Coordination of the Bharat Jodo Yatra has been constituted with Digvijaya Singh, Sachin Pilot, Shashi Tharoor, Ravneet Singh Bittu, K.J. George, Jothi Mani, Pradyut Bordoloi, Jitu Patwari and Saleem Ahmed as members. In this committee former office members are the members of the Task Force and heads of all frontal organisations.

Title: As Congress preps for Bharat Jodo Yatra, its baggage of mistakes weighs it down