Mangaluru, Jun 19: A complaint has been filed against a YouTube channel accusing it of piracy of a hit Tulu movie ‘Pepperere Pererere.’

Nishan Varun Movies company had produced the movie after obtaining approval from Kannada movies Commercial Board at a cost of around Rs 1 crore and released the same on an OTT platform. 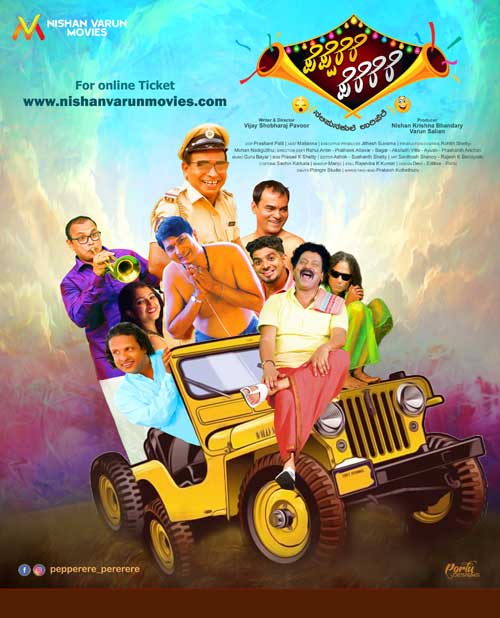 Now in a complaint that is filed with Kankanady police station in the city, it is alleged that Tulu Super Comedy 2.0 YouTube channel has pirated the movie without obtaining the permission of the producer thereby causing huge losses to Nishan Varun Movies.