Byndoor, Jun 24: Police chased thieves, who stole Rs 18 lac worth gold from bus that was plying from Mumbai to Mangaluru when it was parked for lunch break, for 2,870 km to Madhya Pradesh and arrested four dacoits in cinematic style.

According to the details, Eshwar Dalichand, resident of Thane in Maharashtra, was travelling by bus with gold worth Rs 18 lac, which he bought in Mumbai with the intention of selling the same in Udupi and Mangaluru. When the bus was stopped for lunch break at Shiroor on June 16, a team of stranger, stole the bag in which the gold was kept from the bus and escaped from the spot. 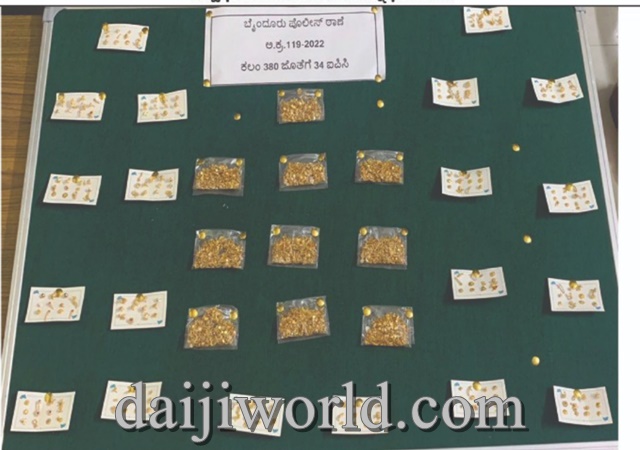 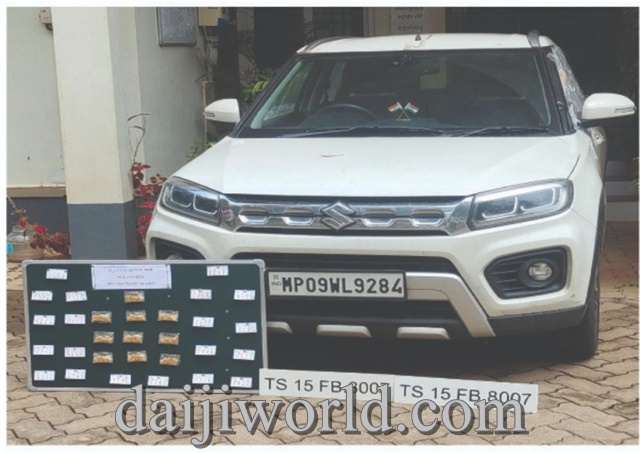 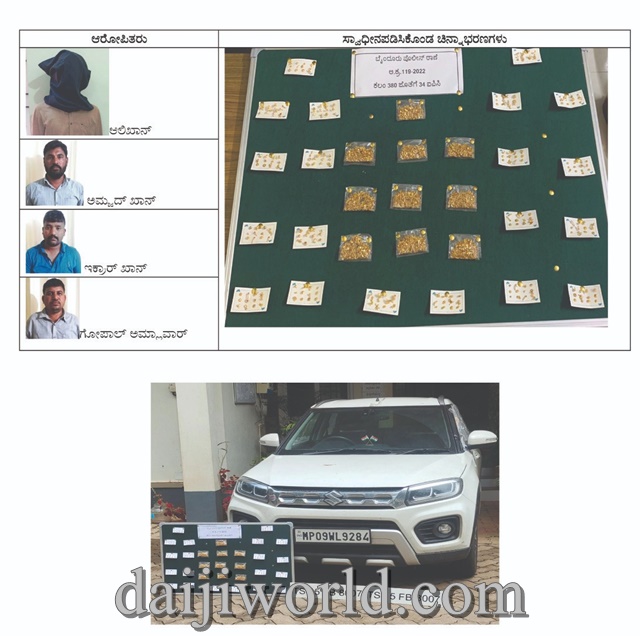 The Byndoor police team which quickly got into action, made two teams under the leadership of Byndoor circle inspector Santhosha Kaikini and directed by DySP Srikant. The two teams were led by Gangolli station officer Vinay and Byndoor station officer Pavan Nayak. While one team went to Bengaluru, the other went to Mumbai.

The dacoits after stealing gold from bus had escaped to Shivamogga in White Maruti Breeza car after changing the number plate. They used number plate belonging to Bengaluru and Telangana at Sagar. At Shivamogga they used the actual number plate of the vehicle.

Police contacted various toll gates and tracked the vehicle through FASTag. They covered 250 km in four hours. Police received the information that the vehicle was proceeding towards Madhya Pradesh from Maharashtra. They sought help of Maharashtra police and were able to stop the vehicle at Sonagir tollgate of Dube district in Maharashtra.

The dacoits tried to run the car over the police. But the police managed to get hold of all the four accused. The arrested accused are identified as Aliban (31), Amzal Khan (35), Iqrar (30) and Gopal Amlavar (35). They are produced in court and remanded to police custody for five days.

Only a few days ago, an accused, who stole gold near Elluru under Gangolli police station limits, was arrested and brought from Maharashtra. This is the second huge catch of Byndoor police. They were ably supported by Maharashtra crime police led by Sanjeeva Patil.