Sullia, July 1: The Puttur RTO officials conducted an operation at Subrahmanya and slapped fines on more than 20 taxis which were running with white coloured vehicle registration number plates.

As per the law, vehicles having white registration boards cannot ferry passengers on hire. However, many vehicles having white number plates ply as taxis to and from Subramanya. The officials who had information about this slapped a fine on such taxis and also warned the drivers against repeating the offence.

The vehicles were not confiscated as most of them had passengers in them from far away places. However, the vehicle documents have been seized. 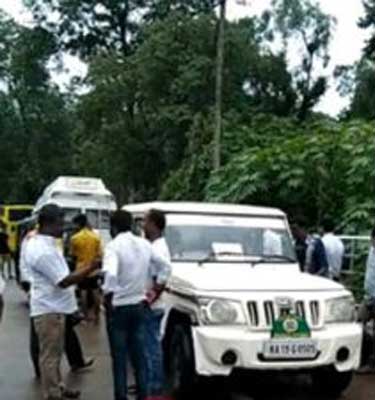 The RTO officials said that they will hold frequent operations of this nature and confiscate vehicles that are found to violate law.