Bengaluru, Jul 2: In an agonizing incident that is reported from the capital city, a techie mother killed her three-and-half-year-old daughter, wrote a death note and killed herself. This tragedy occurred at R R Nagar.

The deceased are identified as Deepa (31) and her daughter Ria. Deepa from Brahmavar had married software engineer Adarsh in 2017. The couple were living in Mantri apartment of R R Nagar with their lovely daughter Ria. However, on Thursday June 30, Deepa took the extreme step and killed her daughter by strangulating her with a veil and later killed herself by hanging. 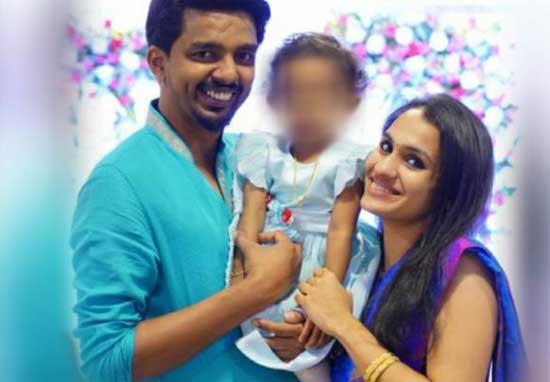 In the death note that is written by Deepa she says, “Nobody is responsible for it. I just felt life is full of problems. I am sorry mom and Divya I love you Shona.”

It is learnt that Deepa was suffering from fever and stomach pain since a week and her condition did not improve in spite of getting treated. Out of frustration she strangulated her daughter Ria to death and later hanged herself.