The sea has become very rough at Maravanthe outer port. The huge waves that are beating the shore create panic. Several coconut trees on the seashore have already been washed away in the sea. The monstrous waves are proceeding further. There is a danger that the road may drown in them. Boulders were piled up at the outer port but the waves were pushing over them. People are anxious because of the waves. 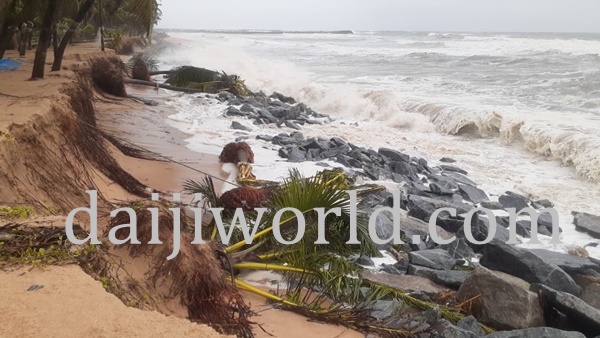 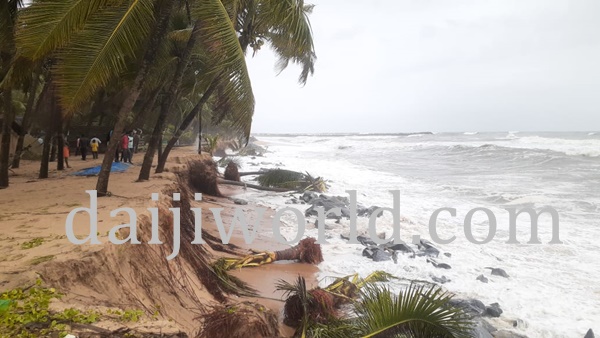 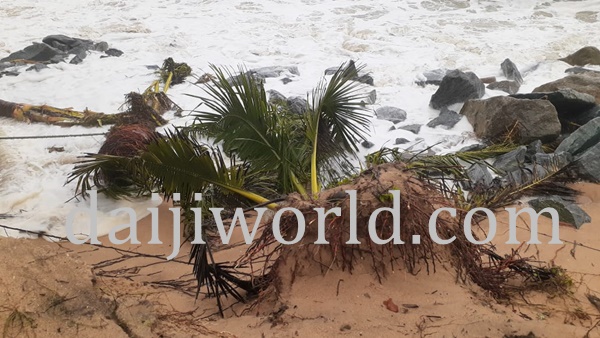