Sudhir had filed a complaint in Shirva police station on Sunday, June 31 stating Ashraf Yane, a resident of Kaup's Chandranagar, Soyeb and others had entered his house and threatened his life.  He had urged the police to arrest Ashraf immediately as he was involved in several incidents in the past.

The Shirva police had  arrested the accused Ashraf and Soyeb and produced them before the Udupi court on Monday evening.  Advocate Asadullah Katapadi had argued in favor of the accused. He has stated that several cases are also pending against the complainant Sudhir Sonu Poojary. He is running a money lending business and transactions had taken place between the accused and the complainant for many years, he added. 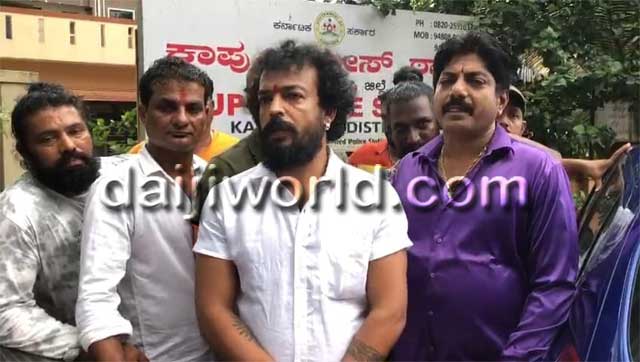 Now the complainant is trying to take advantage of the communal situation also with an intention of gaining political fame, the defence lawyer argued also alleging that the police are also cooperating with Sudhir Sonu..

The court accepted the argument  and granted conditional bail to the accused.