Bengaluru, Jan 24: "The entire BJP government is mired with the stink of corruption and therefore, the time has come for the chief ministers and all ministers to pack off and go home. We are ready to clean the Vidhana Soudha with ganjala (gaumutra),’’ said KPCC president D K Shivakumar in Bengaluru on Tuesday.

Speaking to media persons in Bengaluru, he said the chief minister, the other ministers and BJP leaders are talking about corruption during previous Congress rule to hide the corruption charges against the entire Basavaraj Government is accused of corruption and has earned the brand name of 40% government. 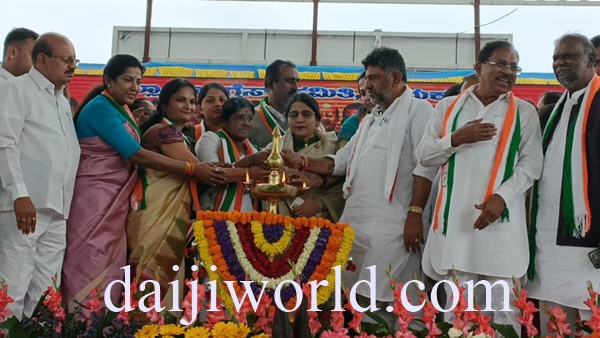 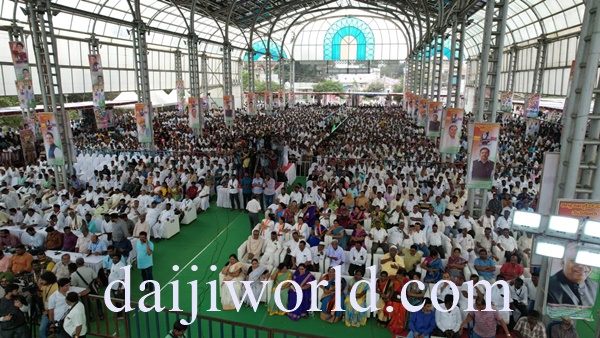 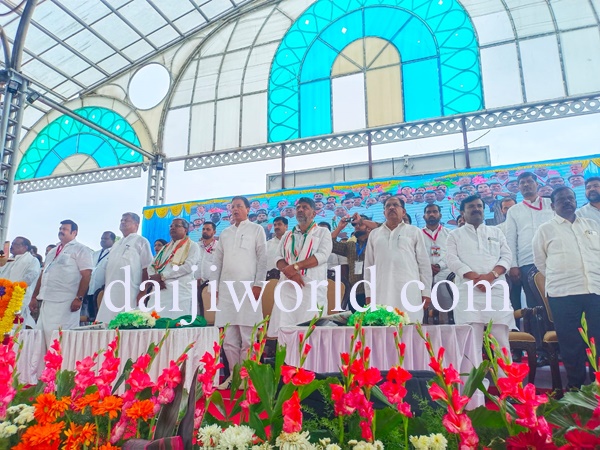 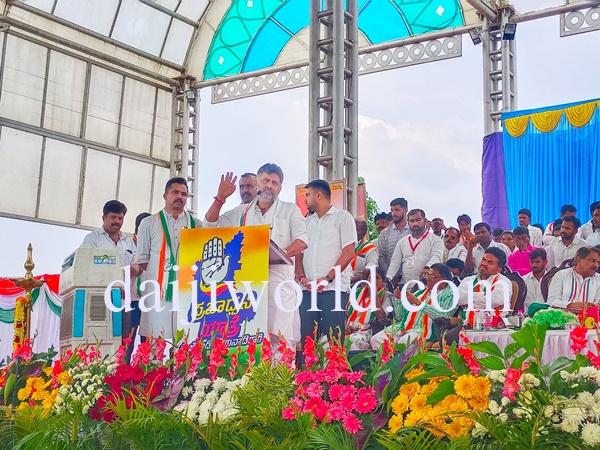 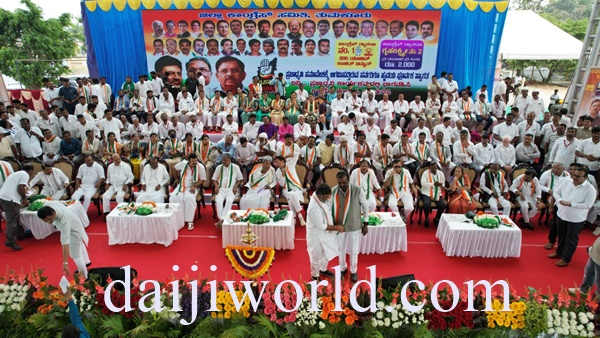 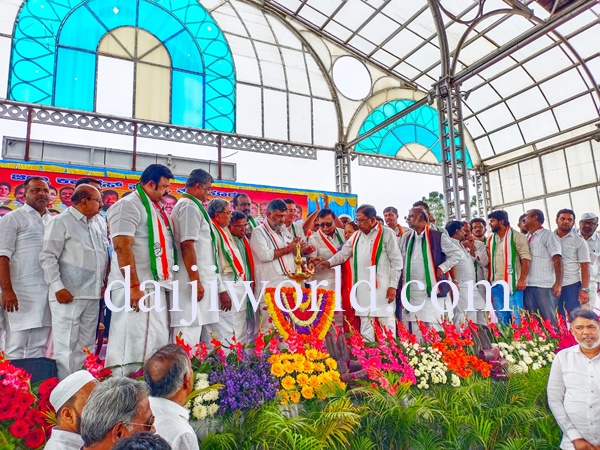 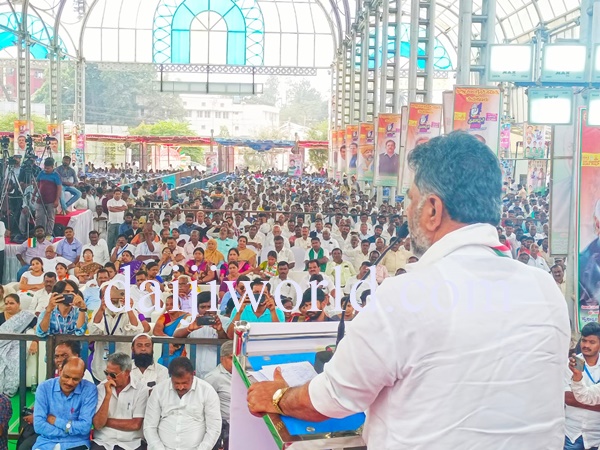 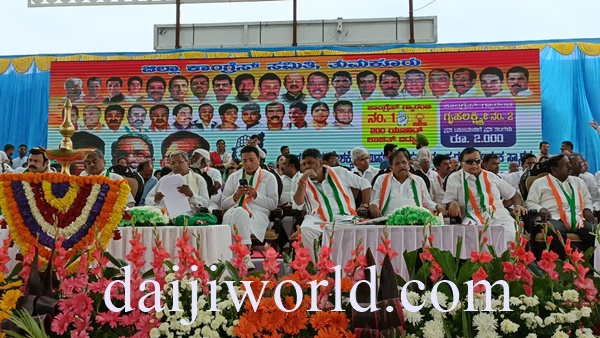 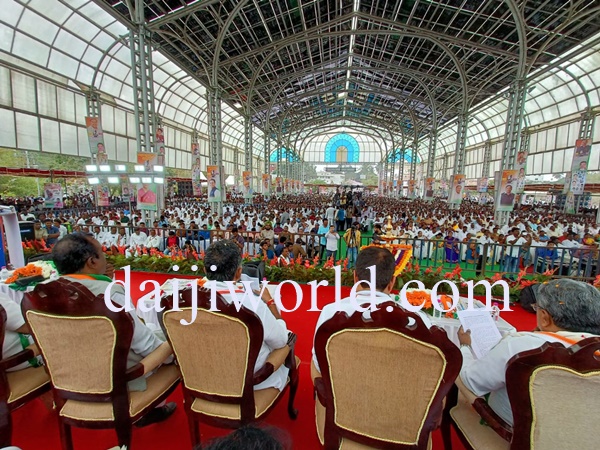 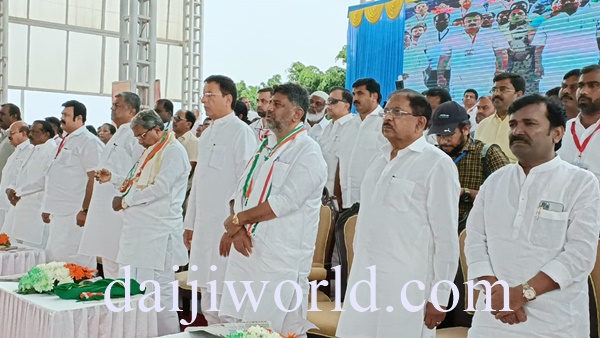 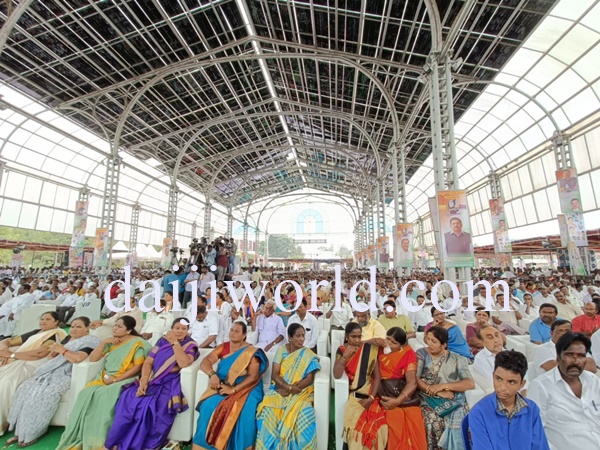 The KPCC chief attacked the ruling BJP for talking about the Rs 35,000 crore irregularities during the Congress government headed by Siddaramaiah.

"Our government was there from 2013 to 2018. The BJP has been in power in the state after their Operation Kamala during the last three-and-a-half years. What were they doing during these three-and-a-half years? Were they eating peanuts? Why are they talking about the past while nothing has been done about the corruption charges and complaints to Prime Minister Narendra Modi against the BJP government,’’ he asked.

Shivakumar asked the BJP leaders to produce evidence about the Rs 35,000 crore irregularities and prove whether the money has gone into the accounts of any Congress leader. The attempts to divert attention by raising issues to hide the corruption of BJP does not wash. The people are not fools. Everybody knows what happened under the BJP rule and how many contractors have committed suicide, he said.

The KPCC chief said the Congress party is committed to implement its two guarantees of 200 units of free power to all domestic consumers and Rs 2,000 each per month to each housewife. While the free power will result in saving of Rs 18,000 annually, the Rs 2,000 cash payment will benefit housewives to the tune of Rs 24,000 per year.

"BJP is worried about the Congress poll guarantees and are now trying to divert public attention,’’ he said.

Shivakumar claimed that BJP tally will not cross 60 seats notwithstanding the tall claims by Bommai and others of winning 150 out of the 224 seats. The Congress party will get a clear majority by winning 120 to 130 seats, he predicted.

The KPCC chief mentioned that BJP has at least 32 factions with Bommai, B S
Yediyurappa, Basavaraj Patil Yatnal, Murugesh Nirani, C P Yogeshwar and R Ashok being the prominent faction leaders. There is no unity and BJP is struggling with internal squabbling, he said and accused the ruling BJP of entrusting the responsibility of hurling charges against Congress to Dr Sudhakar, who jumped to BJP from Congress under Operation Kamala.

Shivakumar accused the BJP government of looting money even during Covid-19 pandemic and money has been collected not only from contractors as 40% commission but even from Mutts with heads of Mutts openly raising allegations. "This is a 40% commission government,’’ he said attacking BJP for abusing Congress.

He said the double engine BJP government could not bring even a single major project to Karnataka despite having 26 MPs, who are all failures.

Shivakumar attacked the Bommai government of trying to fool the people by raising the bogey of reservation and said the government has no serious intention of doing anything. "If they wanted to help the communities, scheduled castes and scheduled tribes as well as Lingayats and Vokkaligas, why could they not do anything during the last three-and-a-half years. The gimmicks just a couple of months before the elections will not work,’’ he said.

Health and Family Welfare Minister Dr K Sudhakar, a former Congressman, has mountain-load of corruption charges and he has been entrusted the task of being the hitman against the Congress while other original BJP leaders are silent.

Shivakumar said the Prajadhwani Bus Yatra scheduled to be held in Ramanagara district on January 27 has been postponed and will be held at a later date as the party has scheduled another important meeting to discuss our strategies. "We can visit Ramanagara anytime as it is close by,’’ he said.

He later proceeded to Tumakuru district to participate in Prajadhwani Bus Yatra along with other Congress leaders.