Significantly, Dr Ashwath Narayan as well as the Congress party’s DK brothers and JD(S) party’s Revanna belong to the politically dominant Vokkaliga community. It is not clear whether the minister is aiming to become the foremost Vokkaliga leader from BJP sidelining Revenue Minister R Ashok, Ministers Byrathi Basavaraj and ST Somashekar or dissident BJP leader and former minister CP Yogeshwar if the Union Minister from the coastal region Shobha Karandlage is not considered. 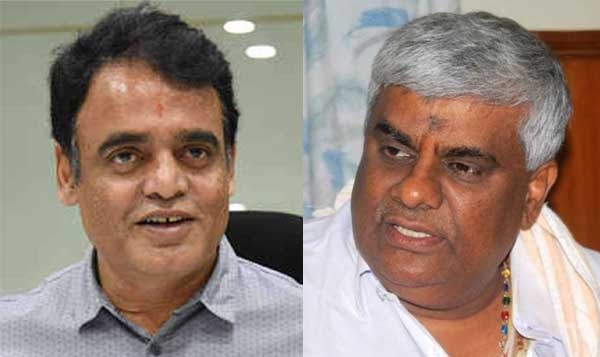 In a sharp comment against Revanna’s attempt to stage a dharna in front of Chief Minister’s Home Office demanding psychology as well as food and nutrition subjects in M.Sc. and for alleging the Dr Narayan was a stumbling block for the move.

“The State Government’s priority is to provide quality education in all Government First Grade Colleges,’’ the minister said asked the JD(S) leader to desist from attributing political motives due to self-prestige.

Speaking to media representatives, Dr Narayan said 8 to 10 assembly constituencies did not have a single college even though the State has 430 Government First Grade Colleges. Even in the existing colleges, there is severe shortage of staff, laboratories and other basic infrastructure facilities and the government needs Rs 3,000 crore for infrastructure development. Besides, the existing post-graduate centres need improvement. In view of all this, the government has stopped giving post-graduation courses in government first colleges during the last two years.

“Revanna, who has served as a minister, should know all this,’’ the minister said.

Not just that, Dr Narayan produced statistics regarding the educational institutions in Holenarasipur taluk. This taluk has 8 government first grade, 6 post-graduate, 3 polytechnics, 1 government engineering and 5 ITI colleges. The government has released Rs 65.40 crore for first grade colleges and Rs 93.26 lakh for purchase of equipment. The engineering colleges have been provided Rs 84 crore and another Rs 1.80 crore for purchase of equipment.

“In view of all these facts and figures, where is the question of discrimination or posing hurdles?’’ Dr Narayan asked.

The minister pointed out that it is better to have post-graduation courses at University level as the same teachers and lecturers for teaching degree and post-graduate courses would impede progress in education. This fact has been well-established by studies, he contended.