Bantwal, May 17: Two people were arrested for launching a murderous assault on two others near Karaveera bus stand here. The incident of assault had taken place on May 14.

The arrested accused are identified as K Mohammed Sharif (33) from Kodlipete, Somwarpet, Kodagu and Sadik (30) from Vittal Kasaba, Bantwal.

A complaint was filed at Vittal police station over the deadly assault by miscreants on Girish from Adyanadka resident and Rakshit Kumar from Maira near Karaveera bus stand, Bantwal at about 11 pm on May 14. 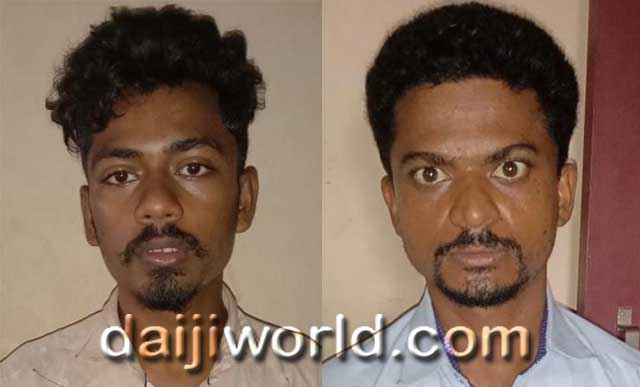 Both of accused were produced in court. A special police team is formed to nab the remaining accused of the assault who are absconding.