Mangaluru, Aug 4: Madevi (42), a native of Kalaburagi, who was working in a stone quarry at Mudipu on the outskirts of the city has been missing since eight months.

Madevi was working since many years in the black stone quarry near Mudipu. She had married Guru of Vijayapura origin, who also used to work in the same quarry, 22 years ago. The couple has three sons. 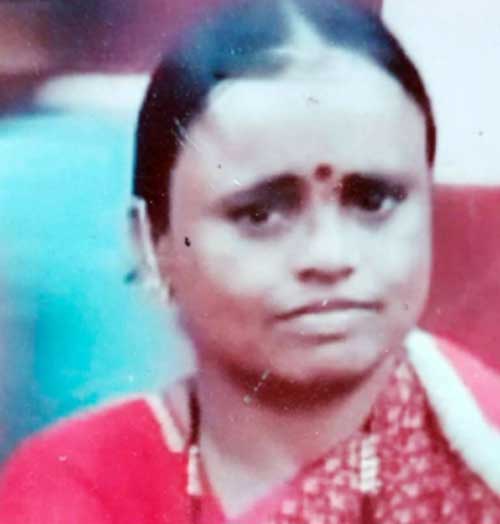 Eight months ago Guru, husband of Madevi and brother of Madevi had some heated argument. Madevi, who was distraught after the fight between her brother and husband, had left the house and has not returned so far.

A case has been filed in Konaje police station in this regard. It is said that Madevi had visited the school at Mudipu after four days of going out of house. But since then no one has seen her. Their three sons go to school and colleges. Their father Guru, husband of Madevi takes care of them.

If anyone comes across Madevi, he or she has been asked to contact Konaje station officer on 9480802350.