Bantwal, Nov 21: A few people were fighting among themselves on the side of the highway near Melkar here on Friday November 19 night. The police have registered suo motu case relating to this incident even as video footage of the fight became viral on social media.

It is gathered that a person identified as Santosh had assaulted Avinash at a Mehndi function. The two gangs had come together at Melkar with the purpose of striking a truce. However, verbal frictions heated up and the two gangs fought a pitched battle complete with sticks and soda bottles, it is said. 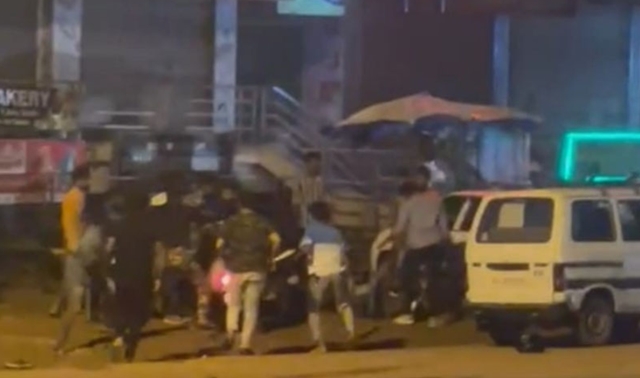 Police sub-inspector of Bantwal town police station, Kalaimar, who was on security duty at the festival of Panemangalore Venkataramana templlle, came to know about the said fight which had disturbed public peace there. He rushed to the spot with some staff. When the police reached Sarah Arcade, Melkar, the police saw nine to ten unidentified people fighting, pushing and shoving each other, and flashing sticks.

At the sight of the police jeep, the men decamped. Sub-inspector, Kalaimar, register a report at about 12.15 am on November 20 under section 160 of the Indian Penal Code. Later, sections 143, 147, 148 and 149 were added to the report. The police who have registered a case are investigating.