New Delhi, Dec 23 (IANS): Even five years after demonetisation, curbing the circulation of counterfeit currency in India seems to have remained a distant dream.

India got a breather for just one year post demonetisation, during which there were very few reports of circulation of fake Indian currency notes (FICN). But after a year's of halt, India's western neighbour continued with its nefarious designs to destabilise the country's economy by pumping in fake currency.

The anti-terror unit of Delhi Police -- the Special Cell -- said that since last about four years, many syndicates have again cropped up and started smuggling and circulating FICN in India. 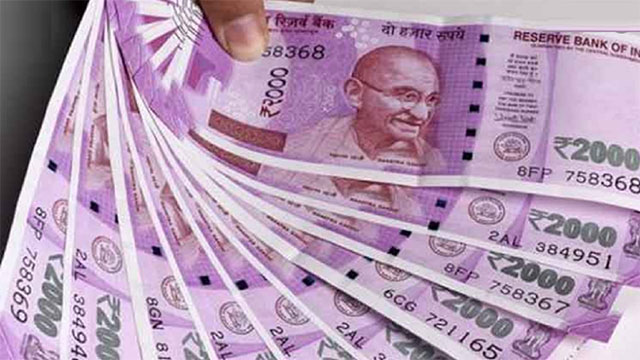 Notably, counterfeiting of currency notes is an offence under the Indian Penal Code. Further, production, smuggling or circulation of high-quality fake Indian paper currency, coin or any other material has been made a terrorist act under the Unlawful Activities (Prevention) Act, 1967.

As India's western border is heavily guarded, Pakistan is now using other routes to infiltrate counterfeit money from two neighbouring countries with which India shares its borders.

A Special Cell official told IANS that from the investigation of various cases of big seizures of FICN in Kathmandu (Nepal), Bangladesh and in India after demonetisation, it has been strongly suspected that big consignment of FICN are first brought to Nepal and Bangladesh from Pakistan through Gulf countries by air.

From there, the counterfeit money is smuggled into India through the porous international borders of Nepal and Bangladesh by the the members of global FICN syndicates. Their counterparts and contacts in India further supply the FICN to different parts of the country through a pre-existing network of FICN.

Pertinently, a Memorandum of Understanding has also been signed between India and Bangladesh to prevent counter-smuggling and circulation of fake currency notes.

Training programmes are conducted for the officers of Bangladesh and Nepal Police to develop their competence in the areas of detection, investigation and effective prosecution of cases relating to fake currency.

The major challenge is that the recovered fake currencies are of such fine quality, that it is difficult to distinguish them from the original ones by the naked eye, as the notes have almost similar security features as that of the real currency in terms of texture, fine quality of paper, colour, security thread and watermarks.

The information shared by the Special Cell came in the wake of the arrest of two West Bengal natives who were involved in the circulation of fake currency. It was learnt that both the arrested persons had already supplied FICN amounting to more than Rs 2 crore in the national capital during the past two years.

But what are the steps taken by the Indian government to tackle this menace?

Union Minister of State for Home Affairs, Nityanand Rai, had informed the Parliament during the Monsoon Session that a Terror Funding and Fake Currency Cell (TFFC) has been constituted under the National Investigation agency (NIA) to conduct a focused investigation into terror funding and fake currency cases.

The maximum punishment for offences related to fake currency is up to life imprisonment.