Mangaluru, May 3: The Sports club of Srinivas Institute of technology, Mangaluru organized an intra college cricket tournament SPL-2k22 on April 28 and 29. In this tournament eight teams participated with faculty icon in each team. The tournament was inaugurated by the chief guest Dr Shrinivasa Mayya D, principal, Srinivas Institute of technology, Mangaluru. Dr Shrinivasa Mayya D in his address motivated the players to play with the true spirit of sportsmanship. Prof Tony K Sebastian, faculty sports coordinator and Jayachandra, physical director introduced the team captains and faculty icon to the chief guest.

The trophies and cash prizes across various platforms were awarded on the closing ceremony by Dr Shrinivasa Mayya D, principal, Srinivas Institute of Technology, Mangaluru. Dr Shrinivasa Mayya D congratulated the winners and applauded the heartfelt performance of all the participants for their energy and uplifting the true passion of the game. The team 'Dangerous Battalions' were the champions and 'Golden bulls' were the runner up of the tournament. 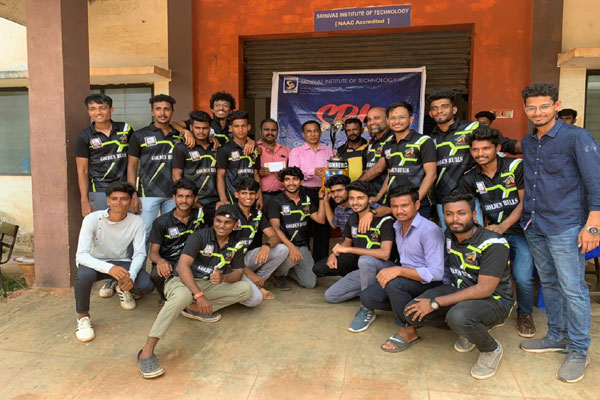