Election tactics by BJP: Modi to visit Karnataka once in every two months?

Bengaluru, Jun 21: The BJP has already put plan in place to gain power on its own in Karnataka, which is considered as the main entrance to the presence of party in South India.

It is said that as part of the plan, PM Modi will visit the state once in every two months. In addition, union ministers and national leaders of the party are going to visit the state, one person every month, and campaign indirectly for the assembly elections due to be held next year. 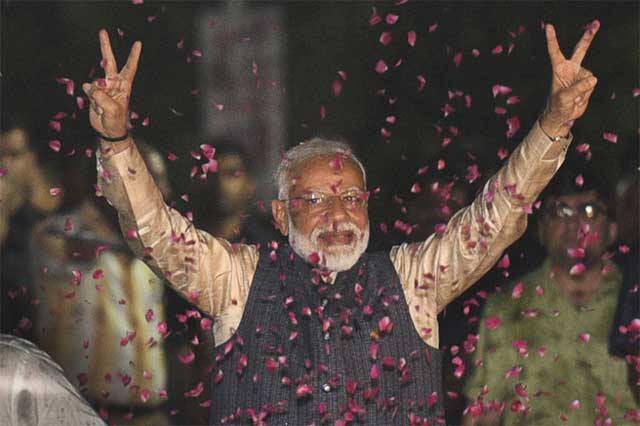 Laying foundation stones for union government projects or inaugurating the same, flagging off ambitious projects of state BJP government and getting these done by PM Modi will be the tactics decided to be used by BJP to impress the voters as only 10 months are left for the state assembly elections.

The union ministers will arrive in the state and hold public functions and indirectly campaign for the elections. National BJP leaders will be holding interactive sessions with the party workers and also plan strategy to win elections, it is said.

It is learnt that BJP is planning to win Karnataka along with Gujarat and special programme in this connection is set in the core committee meeting that was held two months ago.

As the first step of the planned strategy, J P Nadda had arrived in the state two days ago. He participated in the national executive of OBC wing of the party and also panchayat members of Chitradurga.

The visit of PM Modi to Bengaluru and Mysuru is also said to be a part of the state assembly elections strategy.

Information is available that it is not possible for BJP to get majority in the next assembly elections as reflected in the internal survey of the party. So they are banking on the influence of PM Modi. Instead of calling him during election time, the party has planned his visit frequently and to make the people of the state aware of the union government schemes from the prime minister himself.

Title: Election tactics by BJP: Modi to visit Karnataka once in every two months?